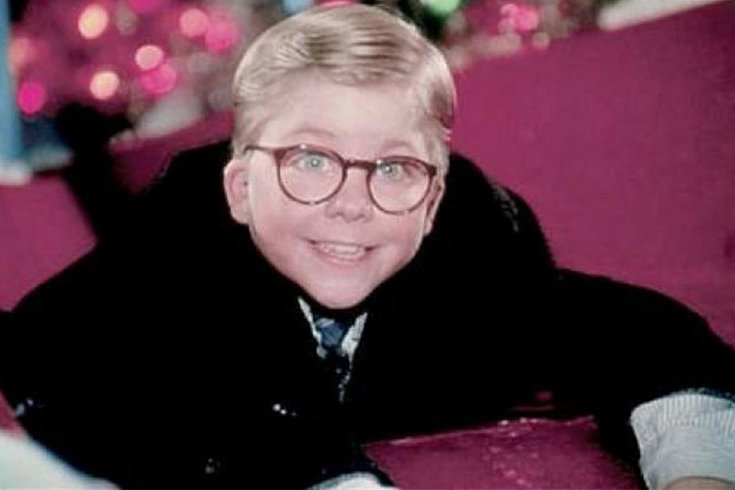 Peter Billingsley plays Ralphie in "A Christmas Story," one of the most beloved holiday films of all time.

Is it even possible anymore to enumerate every holiday-season program that will air/stream between now and Dec. 25?

With the Hallmark Channel alone responsible for (what seems to be) 8,000 hours of single-people- finding-true love/the true spirit of the season, deciding what TV fare to consume can be a daunting task. So, as an early present, this little elf has decided to streamline your decision-making by suggesting five works that should hit your screens before Santa heads back to the North Pole.

Below in chronological order are offerings you really don’t want to miss:

The tale of a New York City lawyer (played by John Payne) who manages to legally prove the existence of Santa Claus may just be the most perfect holiday production ever. The fabulous cast is led by character actor Edmund Gwynne as “Kris Kringle,” a jolly, elderly man with a full, white beard who claims to be Santa, and a 10-year-old Natalie Wood whose character is taught by her mom (Maureen O’Hara) that Santa isn’t real. And the final scene is a lump-in-the-throater for the ages. Clever, moving and all together charming, this is the one to watch if you’re only watching one.

Fun fact: Twentieth Century Fox initially released this not at Christmastime, but in May 1947 because studio czar Darryl F. Zanuck believed more people went to the movies during the warm-weather months, thus giving the film a better shot a profitability.

Technically, this really isn’t a “Christmas” story, as the holiday is only peripheral to the plot. The story involves a couple of World War II soldiers (Bing Crosby, Danny Kaye) who, 10 years later, are huge, multi-media show biz stars. The duo volunteer to stage a show to save a Vermont ski lodge that is getting clobbered financially by unseasonably warm weather; the owner of the resort is the general (Dean Jagger) in whose command they fought during the war. And save for the finale that reprises the beloved title song, the score is completely ecumenical.

Instead, watch this for the “they-don’t-make-em-like-that-anymore” production numbers that also include co-stars Rosemary Clooney and the pretty-much-unknown-today Vera Ellen (the Kaye-featuring “Choreography” number is one of the great set pieces of musical cinema).

Fun fact: At one point, Vera Ellen’s character displays a photo of a soldier who is supposed to be the brother of her and Clooney’s characters. It is that of Carl Switzer, best-known as Alfalfa in the “Our Gang” (“Little Rascals”) comedies.

Kelsey Grammer of “Frazier” fame is among the many who have identified this groundbreaking animated hour as his favorite version of Charles Dickens’ immortal “A Christmas Carol.”

The “star” of the piece--the first animated Christmas special produced specifically for television--is Quincy Magoo, the popular mid-20th-century ‘toon whose basic shtick derived from his pathetically poor eyesight. But there’s an amazing twist: It isn’t Magoo who plays Ebenezer Scrooge, exactly. Instead, this “Christmas Carol” is framed as a Broadway show, with Magoo portraying himself, but as an actor playing Scrooge!

Not only is this a wonderful introduction to the Dickens novel for kids, but it is propelled by a Broadway-caliber original score by Bob Merrill and Jule Styne, whose subsequent project was creating “Funny Girl” for the Broadway stage.

Fun fact: Legend has Merrill and Styne writing, but not using, the ballad, “People,” for “Mr. Magoo’s Christmas Carol,” then resurrecting it for “Funny Girl.”)

More than a half-century after its debut, this remains a landmark production, if only for its inclusion of actual Christian liturgy as part of the story — a no-no even back then in our secular nation. Add in the universally beloved characters and Vince Guaraldi’s ultra-jazzy (and ultra-memorable) piano-trio score, and it’s easy to see why this stands as arguably the most popular holiday TV special ever.

Thanks to TBS’s annual 24-hour Christmas-Eve-into-Christmas marathon, “A Christmas Story” has become the go-to holiday flick for the millennial crowd. Based on numerous short stories by Jean Shepherd (who served as the film’s narrator), it is filled with iconic moments including the “Triple-Dog Dare” that results in young Flick’s tongue getting stuck to a freezing light pole, the lamp in the shape of a woman’s leg and, of course, the oft-repeated phrase, “You’ll shoot your eye out!”

That the movie boasts unsentimental storytelling and an overall-jaundiced worldview makes its enduring success all the more puzzling—and ultra-cool!

Fun fact: Jack Nicholson was reportedly interested in playing The Old Man (ultimately portrayed by Darren McGavin), but studio execs had no interest in paying him anywhere near what he was making back then.