Claude Julien ruled out for rest of series against Philadelphia 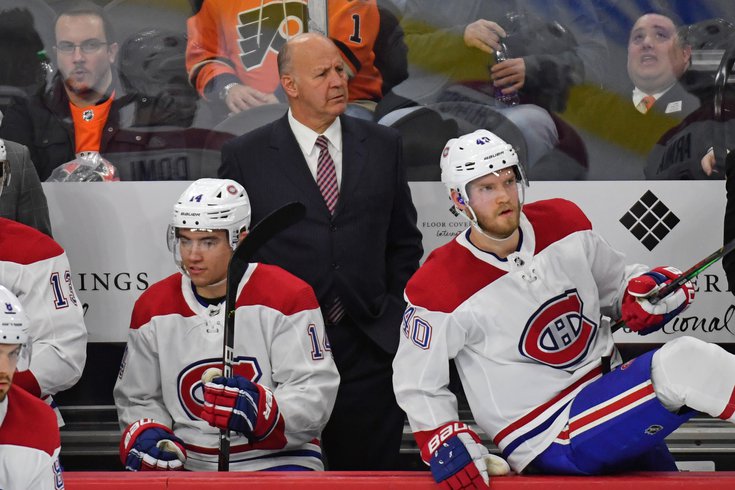 The Montreal Canadiens will be without their head coach Claude Julien for the rest of their first-round playoff series against the top-seeded Philadelphia Flyers, who took a 1-0 lead on Wednesday night. Julien was hospitalized with chest pains and left the NHL bubble.

UPDATE (8/14): Montreal Canadiens head coach Claude Julien has been released from a Toronto hospitaland returned to Montreal on Friday, leaving the NHL bubble. Julien was taken to a hospital on Wednesday night when he experienced chest pains after the team's 2-1 playoff loss against the Philadelphia Flyers.

Julien, 60, complained of experiencing chest pains and was taken in for evaluation, the team said in a statement.

"We immediately consulted our doctors and it was agreed to transfer him to the hospital by ambulance," Bergevin said. "He's presently there and he's undergoing tests to determine the exact nature of his condition. This has nothing to do with COVID."

The Canadiens do not expect to have Julien back for the remainder of the first round series against Philadelphia. The Flyers, who are the top seed in the Eastern Conference, hold a 1-0 series lead.

"He's for sure in really good hands," Bergevin said Thursday. "I spoke with him this morning and we're hoping for the best for him right now."

The 12th-seeded Canadiens were the final team admitted into the NHL's expanded 24-team playoff format.

It's unclear whether Julien will be permitted to return the NHL's bubble, where the league has been praised for keeping COVID-19 at bay. The first week of testing in phase four of the NHL's return to play protocol produced zero positive results for COVID-19 across both hub zones in Toronto and Edmonton. There were more than 7,700 tests administered.

The Flyers and Canadiens will face off again for Game 2 at 3 p.m. on Friday.