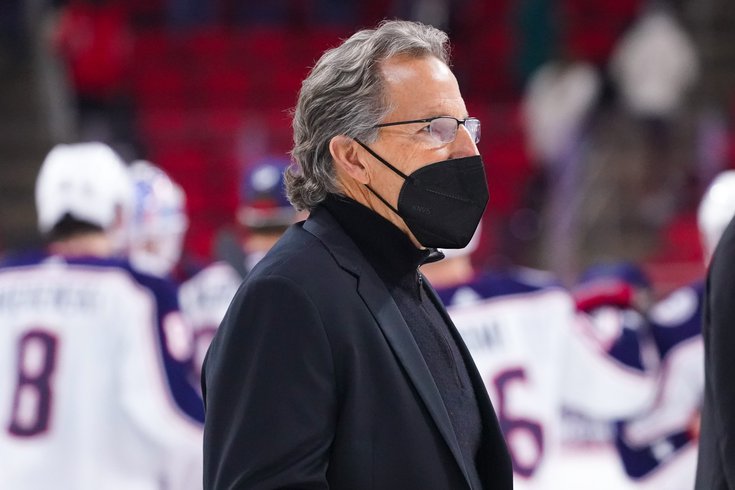 Tortorella — along with names like Claude Julien, Paul Maurice, Jim Montgomery, and Rick Tocchet — immediately jumped out as a potential head coaching candidate after word spread that interim coach Mike Yeo wouldn't be returning to the role following the conclusion of a disastrous regular season.

I can confirm John Tortorella is one of the Coaches that has interviewed with the @NHLFlyers for their HC vacancy. @espn @NHL #HockeyTwitter

This, of course, was all before the New York Islanders fired Barry Trotz, who instantly became the top free agent coach on the market. The Flyers will speak to Trotz this week.

Tortorella, who's about to turn 64, is a tough-love coach who emphasizes accountability and discipline. He tends to thrive with rosters low on star power, but high on younger players willing to adopt responsible habits and veterans who aren't afraid to get their hands dirty.

He guided the Tampa Bay Lightning to their first Stanley Cup in 2004, had the Rangers consistently in the playoff picture through five years in New York, and coached the Columbus Blue Jackets through their most successful era, which included the monumental upset of the Lightning through a playoff sweep in 2019. It was Columbus' first playoff series win as a franchise.

Tortorella and the Blue Jackets mutually agreed to part ways after the 2020-2021 season, and he's worked as a color analyst for ESPN this season.

The Flyers, with their current roster construction, could be a good fit for the type of coach Tortorella is, but GM Chuck Fletcher and co. reportedly won't be rushing to any kind of decision — be it Tortorella, Trotz or someone else.