For physician assistant, it's out of the clinic and onto the sidelines 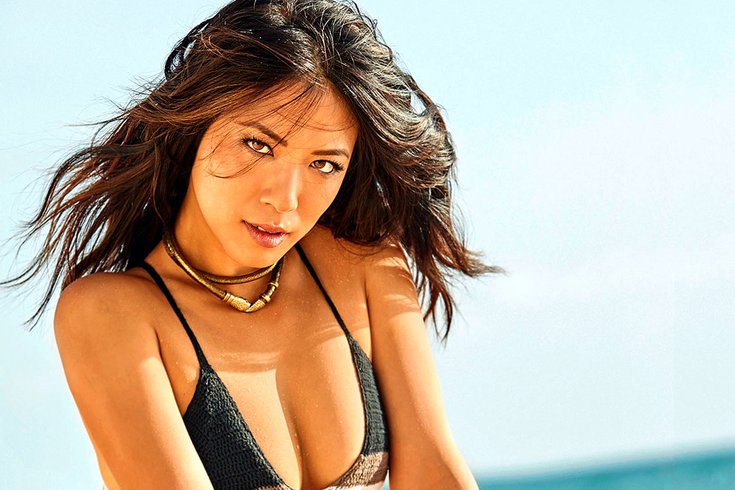 Snow Feng, 28, poses during a photo shoot for the 2018 Philadelphia Eagles cheerleaders calendar on the beach in the Dominican Republic. She was featured on the cover.

Snow Feng certainly has the looks to grace the 2018 Philadelphia Eagles cheerleader calendar, but there's a whole lot more behind the pompoms.

Sure, you can see Feng, 28, on the sidelines at home Eagles games, but she also works as a physician assistant at a Philadelphia urgent care facility. Her work both in the office and out allows her to combine her passions for medicine, philanthrophy and performance arts. She is also fluent in Spanish, Mandarin and English.

FORGING HER OWN PATH

Feng, who lives with her French bulldog Bacon in the Manayunk/East Falls section of the city, enjoyed the performing arts from an early age, but math and science were her favorite subjects in school. She always wanted both science and art in her life, but was constantly pressured to choose just one.

Growing up, Feng was a figure skater and competed in beauty pageants, while also excelling in her studies. She went on to get her bachelor’s degree in biochemistry at the University of California, San Diego, but made sure to minor in theater as well.

After taking time off after graduation to do volunteer work, Feng moved from California to Philadelphia to get her master’s degree in physician assistant studies at the Philadelphia College of Osteopathic Medicine and while here fell in love with the city and its football team. This is her fourth year on the cheerleading squad.

Now out of school, Feng works three 12-hour shifts a week as a PA so she still has time for her cheerleading responsibilities.

“Time management is important,” she said. “I have rehearsal two nights a week and games are on Sunday. Most people don’t realize that on game day we have to be at the stadium at 7:30 a.m. to rehearse.”

Besides cheering on the team and entertaining the crowds at Lincoln Financial Field, Eagles cheerleaders are required to make at least three public appearances a month and participate in fundraisers and charity events. 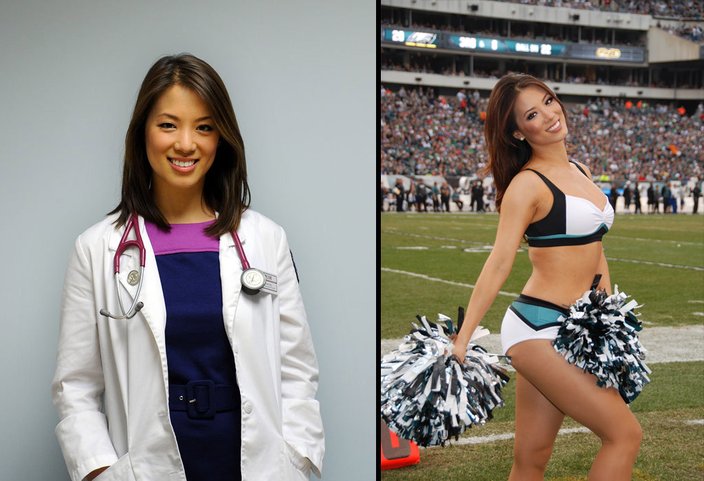 ON BEING A ROLE MODEL

First, the bikini Feng wears on the cover is no ordinary swimsuit. Dubbed the Sponge Suit, it is manufactured using a super-hydrophobic, carbon-based material that can absorb harmful oil-based contaminants in the ocean.

“I didn’t really have many role models growing up, especially ones that looked like me. That is why I am so grateful to have a platform to share my story and inspire young girls to be true to all aspects of themselves.” – Snow Feng

The bikini top is a 3D-printed frame with bra inserts for the “sponge” material. The contaminants never touch the skin because they are trapped within the inner pores of the material and once the “sponge” fillers are saturated they can easily be replaced.

“It is getting people talking about wearable technology that can help clean up harmful oil-based contaminants in the ocean while you are swimming,” Feng said.

Second, while in the Dominican Republic shooting the calendar, the squad also used its platform to address the lack of access to clean water in many communities. They partnered with Waves for Water to bring portable filtration systems to places like the villages of Cajuil and Macao La Ceiba. 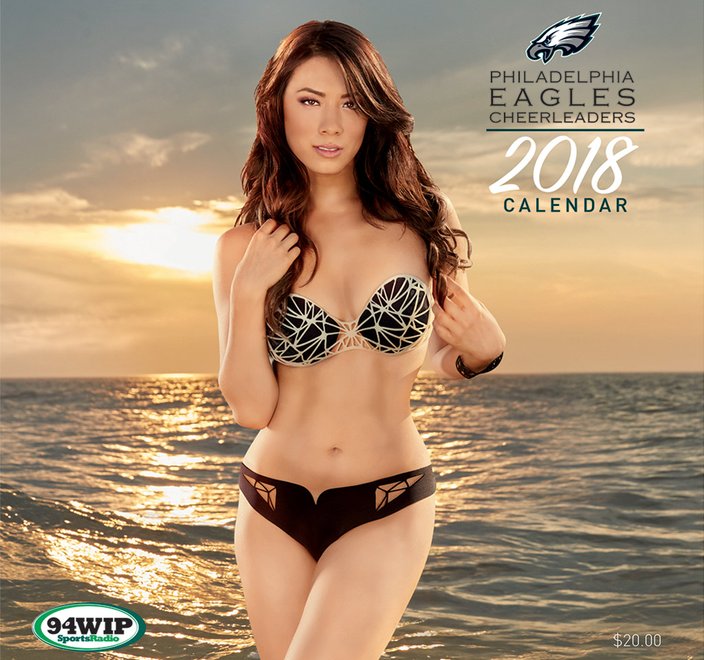 An Eagles cheerleader for four years, Snow Feng is fluent in Spanish, Mandarin and English.

Appearing on the cover has been a humbling experience and a huge honor, Feng said. The most important part of her experience has been that she gets to be true to herself with her fan base.

“I didn’t really have many role models growing up, especially ones that looked like me. That is why I am so grateful to have a platform to share my story and inspire young girls to be true to all aspects of themselves.”

As far as her future, Feng said, “Right now, I feel as if I kind of have my two ‘hats,' the PA hat and the cheerleader hat. So when I go to work at my urgent care I kind of just put my head down and focus on taking care of my patients and most of them never know I'm an Eagles cheerleader. However, I would love the opportunity to be a spokesperson for the PA profession.

“While the profession has grown significantly in the last 10-15 years, many people still don't know what we do, and as a profession, we don't have a very prominent ‘voice.’ I think educating the public on this more would be a huge step for health care.”

Don’t worry, though. Feng is not giving up on performing and hopes to pursue acting opportunities in the future as well.