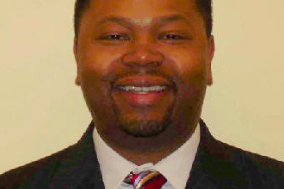 Former New Jersey Assemblyman Willis Edwards III, who previously served the city of Orange as deputy business administrator and Mayor's chief of staff, has been ordered to return $268,000 in wages after an Essex County judge ruled that he obtained his positions illegally.

Last week, Judge Christine Farrington ruled that when Orange Mayor Dwayne Warren hired Edwards for a series of positions between 2012 and 2014, he did so without authority because the Orange City Council failed to approve his initial appointment as business administrator, according to NJ.com. Despite that decision by City Council, Warren ended up hiring Edwards as deputy business administrator and later promoted him to chief of staff to the mayor in 2014.

Edwards' defense argued that he should be able to keep his wages because he legitimately served the city of Orange, as far as he knew, within the boundaries of the law. If anyone should be held responsible, the defense argued, it should have been Mayor Warren for making the illegal appointment. Edwards served as Warren's campaign manager when he was elected in 2012 and remained on the city's payroll as chief of staff before his presence was met with legal challenges.

As a result of the ruling, Edwards must repay only the wages he earned from his position as deputy business administrator. City Council argued in a 2013 complaint that the position gave him the same power and responsibility he was denied after his nomination. According to the complaint, Mayor Warren intentionally sought to circumvent the law, and Edwards was later ordered to vacate the post.

Warren, who is up for re-election in May, continues to defend the legality of Edwards' appointments and says the former Assemblyman, who served the 34th District from 2001-2003, has a strong record of service to the citizens of Orange. He added that Edwards plans to appeal the decision.