By Maggie Mancini
PhillyVoice Staff
Holiday Fourth of July
from 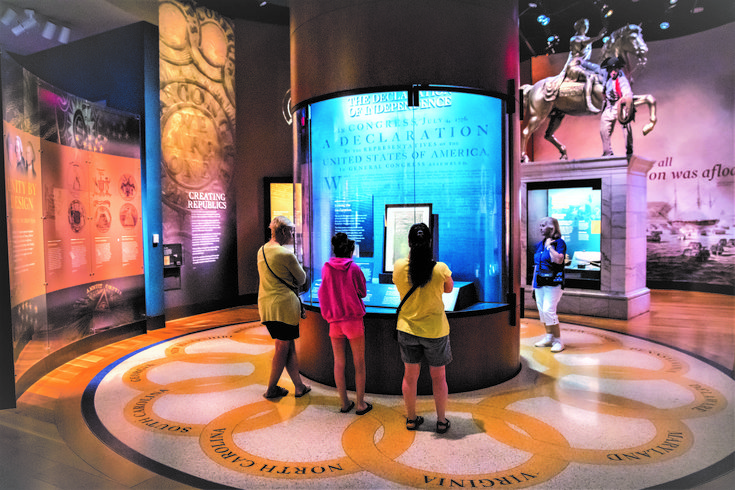 Museum of the American Revolution is celebrating Fourth of July weekend with a naturalization ceremony and host of special exhibits and programming, focused on the continued struggle for equality in the United States.

Fourth of July weekend is almost here. Hundreds of Philadelphia residents will settle in to watch fireworks, host cookouts with family and friends, or head down to the Jersey Shore to celebrate Independence Day.

For those not looking to leave town for the weekend, the Museum of the American Revolution is hosting its own selection of special programming to celebrate Fourth of July, American independence, and the continued struggles for equality faced by millions of Americans.

The festivities are set to begin on Friday, July 1, with a naturalization ceremony held on the Museum's third floor Liberty Hall at 10 a.m. More than 25 people will be officially sworn in as American citizens just days before the country's 246th anniversary of the signing of the Declaration of Independence.

After the ceremony, guests can check out a performance by the West Powelton Steppers and Drum Squad on the outdoor plaza from 10:45 to 11 a.m. The free performance features the group's signature bass, snare, and quad drums along with some unique Philly flavor. 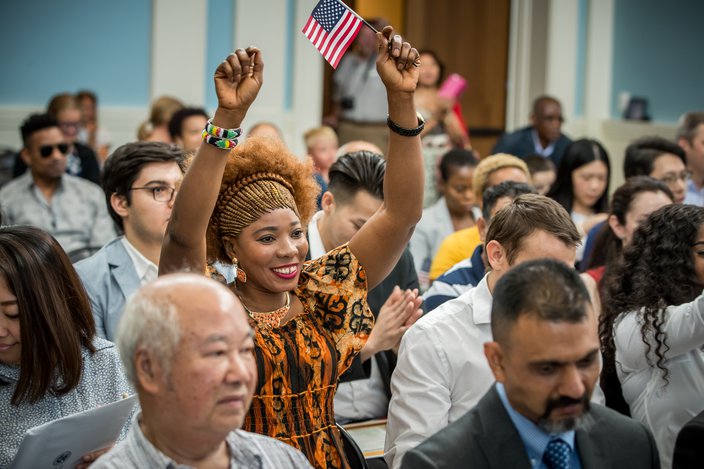 More than 25 candidates will be officially sworn in as United States citizens at a naturalization ceremony hosted by the Museum of the American Revolution at 10 a.m. on Friday, July 1.

On Saturday, July 2, visit the museum for Meet the Revolution, the museum's living history series featuring a costumed interpretation of Polydore Redman, a Black soldier who served as a drummer with the 5th Pennsylvania Battalion during the Revolutionary War.

Reenactments and performances will run on Saturday and Sunday, July 3 from 10 a.m. to 5 p.m., and is included in museum admission.

Also on Saturday and Sunday, visitors looking for programming that's a little more in-depth can buy add-on tickets to join the Revolutionary City walking tour at 2 p.m. on both days. The one-hour guided tour takes guests to City Tavern, Independence Hall, and Carpenters' Hall to discuss the day-to-day lives of people living in Philadelphia during the revolutionary era.

Tickets are $31 for adults, and can be purchased online in advance of the tour.

For the duration of the holiday weekend, the Museum of the American Revolution will display a printing of the Declaration of Independence for guests to view. The museum's current special programming, including its current special exhibit, will also be available to view during the holiday. 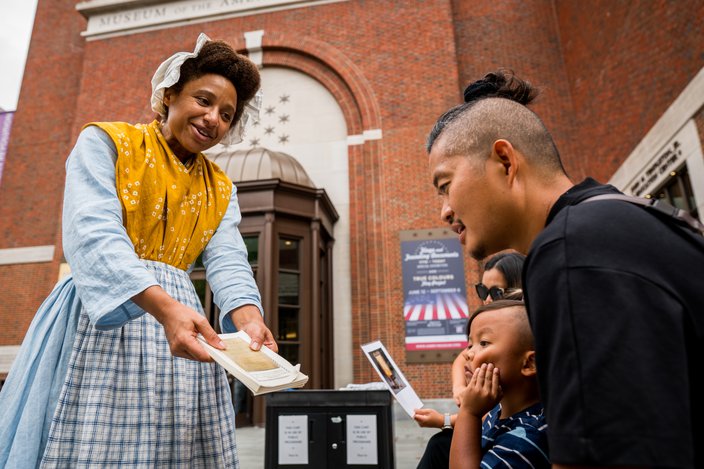 As part of its Fourth of July programming, the Museum of the American Revolution is hosting Meet the Revolution, its living history series featuring costumed interpreters on Friday and Saturday from 10 a.m. until 5 p.m.

From 11 a.m. until 3 p.m. each day, listen to a pop-up talk on the struggles for equality in the Declaration of Independence gallery. Hear about what the promises of equality were and how different groups took opportunities to advocate for equal rights despite being denied equal humanity at every turn.

The pop-up talk features discussions of Elizabeth "Mumbet" Freeman, a formerly enslaved woman who became the first person to successfully file a lawsuit for freedom in the United States.

Visitors can also check out the museum's Revolution Place discovery each day from 11 a.m. until 4 p.m. to make crafts based on the Fourth of July and American independence. Guests will also be able to see recreated historical environments including a home, a military encampment, and an 18th-century meeting house.

The museum's current special exhibit, "Liberty: Don Troiani's Paintings" will also be on display daily from 10 a.m. until 4:45 p.m. all weekend. Troiani's paintings bring the experience of the Revolutionary era to life, and will be on display at the museum until September.

Adult admission to the museum is $19, while children can enter for 13, and seniors can enter for $18. Children under 5 years old get in for free, and those with military, teacher, or student IDs can check out the museum for $18.

Fourth of July at the Museum of the American Revolution