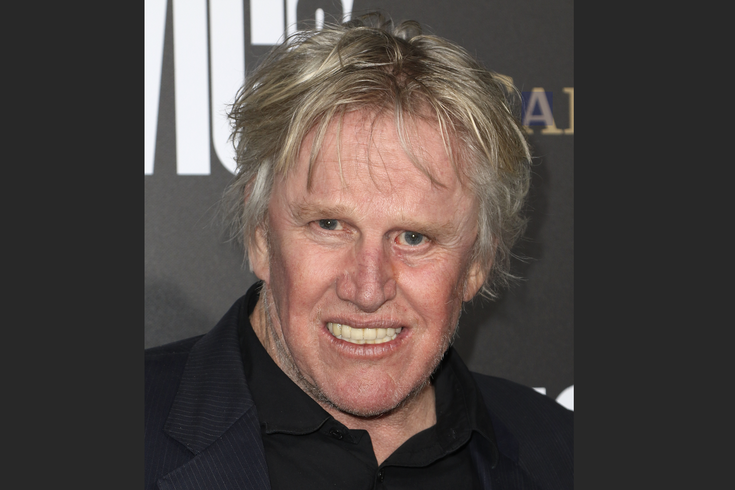 Gary Busey, 78, is accused of groping three women during the Monster-Mania Convention held in Cherry Hill between Aug. 12-14. The actor has denied the allegations, but faces multiple criminal charges.

Actor Gary Busey, accused of groping at least three women at a film convention in Cherry Hill this month, reportedly attempted to bargain with police to avoid facing criminal charges.

The groping incidents allegedly happened some time during the annual Monster-Mania Convention, which was held between Aug. 12-14 at the Doubletree Hotel on Route 70.

The 78-year-old movie star has publicly denied the allegations against him, but charging documents allege Busey asked detectives to apologize to the women on his behalf and convince them not to press charges.

Busey, who was participating in a meet-and-greet with fans at the event, was removed from the hotel and told not to return after the women reported that he had inappropriately touched them.

A criminal complaint obtained by NBC10 alleges that one woman was taking pictures with Busey when the actor placed his head near her breasts and "asked where she got them," police said. Busey then attempted to unlatch the woman's bra strap. A second woman told authorities that Busey grabbed her buttocks while she was taking a photo with him.

The day after Busey was removed from the convention, Cherry Hill police were contacted by the father of another woman. The man told authorities that Busey also had grabbed his daughter's buttocks during a photo shoot.

When detectives spoke with Busey, the actor allegedly denied the allegations at first, but then said it's possible to "accidentally touch someone in a specific body part." According to the complaint, Busey asked the detectives to try to smooth the situation over with the women.

Busey, who had returned to California by the time the charges were filed, told TMZ on Monday that the allegations are "made up."

"None of that happened. It was a partner, a camera lady and me, and two girls ... it took less than 10 seconds and they left," Busey said. "Then they made up a story that I assaulted them sexually and I did not. Nothing happened, it's all false."

The actor also claimed he has eyewitnesses to back up his story.

Busey is best known for his role in 1978's "The Buddy Holly Story," a biographical film in which he played the 1950s rock star, who was killed in a plane crash. His acting credits are extensive, with diverse roles in films from "Lethal Weapon" to "Point Break," "Black Sheep" and "Fear and Loathing in Las Vegas."

Busey is married to actress Steffanie Sampson, with whom he has a 12-year-old son. He also has two children from previous marriages.

More recently, Busey starred in Amazon Prime's "Gary Busey: Pet Judge" and appeared in 2016's "Sharknado 4: The 4th Awakens." He was one of the big names attached to the Monster-Mania Convention, a fan-run horror event series that's held in several cities along the East Coast during the course of the year.

This is not the first time Busey has faced sexual misconduct allegations.

In 2016, he was accused of groping a woman and forcibly placing her hand on his crotch while working on the set of NBC's "Celebrity Apprentice" in 2011.

In a Facebook post on Saturday, Monster-Mania Convention organizers said they are assisting Cherry Hill police in the investigation

"The safety and well-being of all our attendees is of the utmost importance to Monster-Mania, and the company will not tolerate any behavior that could compromise those values," the organizers said.

TMZ reported that Busey is expected to be arraigned on Aug. 31.