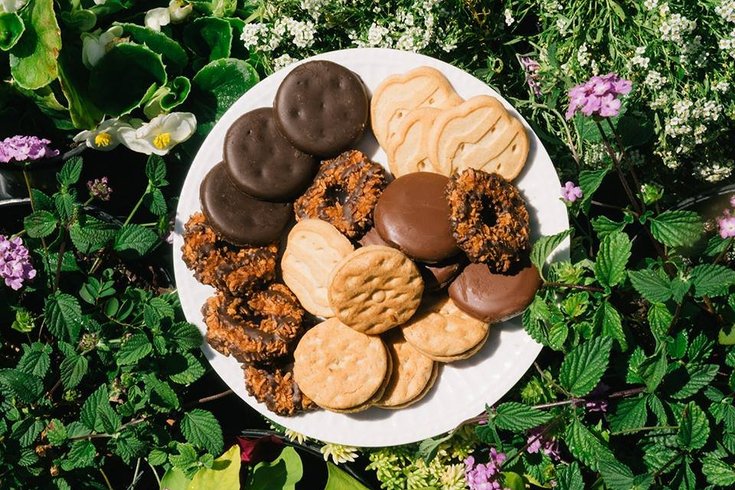 A kind stranger bought 87 boxes of cookies from a group of Girl Scouts at the Plymouth Meeting Mall on Sunday. Because the man only kept one box, the scouts passed out the remaining boxes to random shoppers.

A group of Girl Scouts passed out free cookies at the Plymouth Meeting Mall on Sunday after a stranger bought out their entire stock – but kept just one box for himself.

Following the man's act of kindness, the scouts distributed the remaining 86 boxes to random shoppers walking through the Montgomery County mall, according to CBS Philly.

MORE: Reward yourself with Girl Scout Cookies at the end of this fun run in Manayunk

"Everyone was thankful and dumbfounded at the same time," Marie Kovach, one of the adults supervising the girls, posted to Facebook. "Such an overwhelming act of kindness!"

Kovach's post included a picture of the stranger standing beside three members of the group. In the foreground: Dozens of boxes of cookies, including Samoas, Thin Mints and Thanks-a-Lots.

Girl Scout cookies typically go on sale for six to eight weeks between January and April. Sales vary based on the region. There are 12 different kinds of cookies, including the most recent addition, S'mores, and a gluten-free option, Toffee-tastic.