The fight started over a text message from an ex-boyfriend; Nicholas Forman claims the victim was beaten by three women 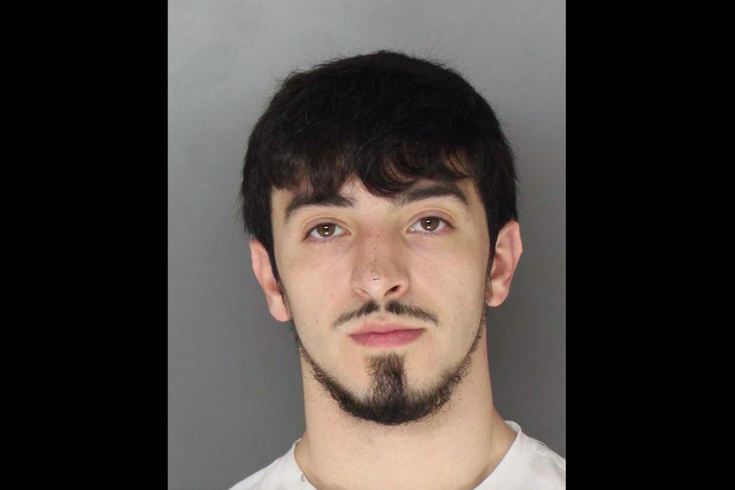 Nicholas Forman, 23, of Collegeville, allegedly killed 23-year-old Sabrina Harooni on Feb. 3, 2020. Not long before Harooni's death, police say the couple were fighting while riding in an Uber about a text Harooni had received from and ex-boyfriend.

A couples's argument that started inside an Uber about a text message from an ex-boyfriend escalated and turned deadly, police said, resulting in a woman's death and 23-year-old Collegeville man being charged with first-degree murder.

Nicholas Forman and his girlfriend, Sabrina Harooni, 23, had gone to the P.J. Whelihan's Pub in Oaks to watch the Super Bowl on Feb. 2., Montgomery County prosecutors said.

At the end of the night, the couple left the bar and headed to Forman's home in Upper Perkiomen in an Uber. Police said their Uber driver had witnessed Forman and Harooni fighting about the text, and described how Forman repeatedly demanded to see Harooni's phone during the entire ride.

When interviewed by police at the hospital, Forman claimed Harooni had been assaulted by three women during a confrontation at Forman's home, a situation he said was the continuation of a fight that started at the bar, investigators said.

Forman said he stood out of the fight because he was on probation for past drug offenses in Philadelphia. But when police reviewed Forman's cell phone, they allegedly found a video showing him standing over Harooni's badly injured body on his lawn.

"This is what a cheating liar gets," a male voice in the video said, according to police.

At around 11:30 the next morning, Forman showed up at Pottstown Memorial Hospital in a second Uber with Harooni, who was unconscious and suffering from serious injuries, according to prosecutors.

She was pronounced dead by the time she arrived, and investigators alleged that Forman had beaten Harooni during the dispute about the text she had received from her ex.

Forman told authorities the couple had been together for approximately seven months.

An emergency room nurse at Pottstown Memorial Hospital told investigators Harooni appeared to have suffered injuries to her head and neck. She also had an abnormally low body temperature, prosecutors said.

At Forman's residence, Pennsylvania State Police troopers collected evidence they allege is consistent with a struggle at the property.

Forman was arrested and arraigned Thursday and remains held without bail at Montgomery County Correctional Facility. A preliminary hearing is scheduled for Feb. 12.