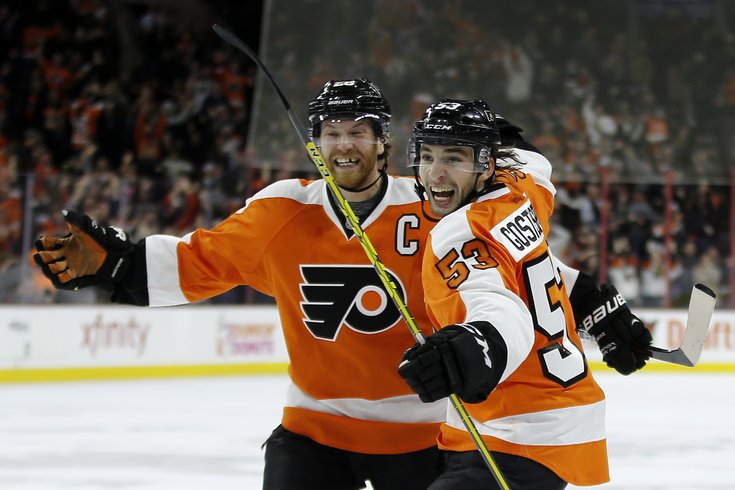 After the season ended, most of the Flyers’ injury speculation centered around Claude Giroux, who managed only one point in six playoff games. Giroux denied playing through injury, but as it turns out, the captain isn’t the only one of the team’s top performers who needs offseason surgery.

In addition to Giroux, Shayne Gostisbehere will also have surgeries on his hip and lower abdomen next week. Here is what general manager Ron Hextall said:

"Claude Giroux and Shayne Gostisbehere are both scheduled to have surgery on Tuesday, May 17th to have their right hips repaired as well as bilateral lower abdominal tears repaired.

Gostisbehere registered two points in the six-game playoff loss to Washington. When asked about the injury, the 23-year-old rookie didn’t get into any specifics.

“Just like every other guy, everyone has their bumps and bruises and no one's going to complain about it,” Gostisbehere said after the season. “We have a common goal. If we're complaining, it's not going to do anything.”

A three-month return would mean a mid-August return to full activity for Giroux and Gostisbehere, in time for the start of World Cup of Hockey training camp on September 4th. Gostisbehere seems like a good bet to be on Team North America’s blue line, while Giroux (who knows a thing or two about getting snubbed by Hockey Canada) has to compete for a spot against a loaded crop of forwards.

Schenn will not appeal his suspension.

The punishment didn't seem to fit the crime, but Brayden Schenn won't appeal his three-game suspension. He'll sit out to begin the 2016-17 season.