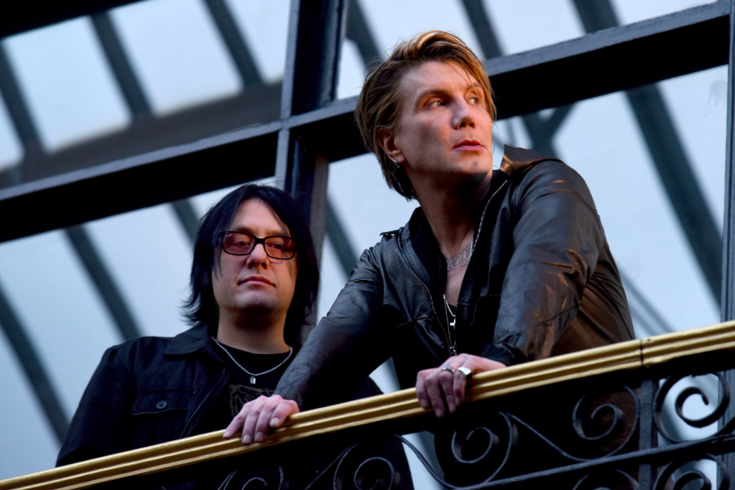 “We were a band that had a lot of straight up rock and punk songs,” Robby Takac said. “And then we started going outside of the box and happened upon success.”

After slugging it out on the club circuit for a decade, the Goo Goo Dolls almost called it quits just before the straightforward rock band hit sonic paydirt.

“John was frustrated and skeptical. It’s understandable. It wasn’t easy during the early years. I remember driving in a broken down van with no heat in the dead of winter. It was hard, but I never thought about giving up. This band has always been my life. I was always compelled to push on and I believed that something really good was going to happen.”

Takac should play the lottery. Nearly a year after a “Boy Named Goo” was released in 1995, the catchy ballad “Name” broke and the album caught fire. “Goo” went double platinum.

“We were a band that had a lot of straight up rock and punk songs,” Takac said. “And then we started going outside of the box and happened upon success.”

Rzeznik followed with another ballad, “Iris,” which catapulted the band into pop’s upper echelon. “Iris” topped the Billboard pop charts for four straight weeks in 1997. “Slide,” Broadway” and “Dizzy” also hit the top 10.

“All of a sudden, we were in this unbelievable space,” Takac said. “The cool thing was that not only did we stay together, we could make whatever kind of music we wanted to make.”

The Goo Goo Dolls still make new music. The band, which will perform Sunday at Festival Pier, is touring behind “You Should Be Happy,” a five-song EP.

“The toughest thing about adding new material is the set list, because we have so many songs that we have to play live,” Takac said.

“We can’t leave out certain songs. You only have so much time up there. John sings 19 songs. I sing five songs.”

Even though Takac and Rzeznik moved to Los Angeles during the pinnacle of their success, the tandem, who hails from Buffalo, N.Y. are blue-collar, lunchpail kind of guys.

“That’s absolutely true,” Takac said. “We didn’t grow up well off. We struggled. I could only be in LA for so long. It was weird to me when I moved there. When I started enjoying Los Angeles, I discovered what changed was me and it was time to go. I moved back to Buffalo a few years ago and I couldn’t be happier. John moved to (Central) Jersey. We like those kinds of places.”

Takac stressed that Philadelphia is one of his favorite cities.

“I’m not just saying that because we’re going to be back in Philly,” Takac said.

“I have so many great Philly memories. I remember going to the Buzzcocks reunion tour at the TLA [in 1989] with a friend, who lived in Buckingham. I remember hanging out at that store Now and Then in New Hope. That was such a cool place. I loved New Hope. And then we played the Fourth of July a few years ago on a bill with the Roots at the art museum. I’ll never forget the little kid who jumped onstage with us and danced. Hopefully, this show coming up in Philly will make for some more great memories.”