Eight percent of children in the U.S. are reportedly affected by food allergies, a dramatic uptick from years past 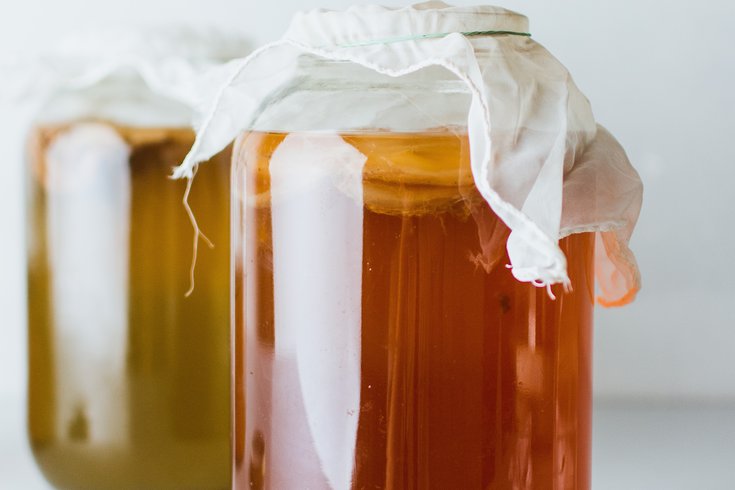 Kombucha, pictured here, is full of the "good" kind of bacteria, probiotics. A new study believes an uptick in food allergies, especially among children, could be linked to not enough "good" bacteria in our guts these days.

Leave your preconceptions about the word 'bacteria' at the door: a new study suggests the recent increase in food allergies in young people across the country could be reversed with the presence of more bacteria.

Scientists at Boston Children's Hospital and Brigham and Women's Hospital published a study in the journal Nature Medicine this week, in which the authors say our increasingly sanitized society is actually causing the uptick in food allergies.

Nearly 8 percent of children in the United States are affected by food allergies, a sharp rise from a decade ago, according to the American Association for the Advancement of Science. The authors of the study hypothesized that certain lifestyle changes, including increased use of antibiotics, were leading to the increase.

The authors tested this idea by studying gut bacteria in infants with food allergies, and infants without food allergies. By studying stool samples from both groups, the researchers were able to determine a difference in the samples' bacterial makeup, according to the AAAS.

"The loss of these bacteria acts as a switch that makes children susceptible to food allergy," Dr. Talal Chatila, director of the Food Allergy Program at Boston Children's and a senior author on the study, told the AAAS.

Chatila said he believes this study should provide a "fundamental concept" of how food allergies come about, which researchers can use for future treatments.