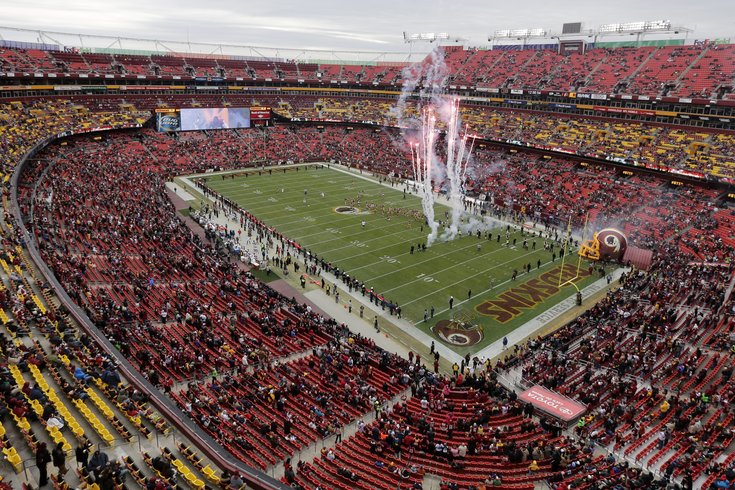 To the surprise of nobody who has ever been there, the Redskins' FedEx Field received the worst Google reviews in the NFL.

Since there isn't much in the way of news in the NFL at the moment, I figured we'd take a look at the stadiums around the league to see how they fared on Google reviews. To my surprise, they were all reviewed reasonably well, likely because homer fans are just giving their favorite team five stars.

To the surprise of nobody who has ever been there, the Redskins' FedEx Field received the worst reviews, narrowly beating out O.co Coliseum in Oakland. The full list:

Below are actual one-star reviews (or excerpts of reviews) for all 32 teams. We did not fix anyone's grammar or spelling:

Eagles: "Not a friendly environment. I was criticized on all of my wonderful trades. I was not appreciated. I am going to the 49ers!!!!"

Cowboys: "Wtf i payed so much for a good thanks given to lose i dont care if we won the division we lost on thanksgiving and this stadium has to much sun glare and its hard to see the games no wonder romo sucks we need a new qb cause we need championships nowww jerry jone get rid of bryant to much money for a baby cry and he was only good with Murray now we got no one bavk there so there go the eagles with Murray and Miles two of our best to our rivals for revenge great BUT STILL BAD STADIUM. IVE BEEN A FAN FOR 30YEARS WE NEED A QB ROMO AINT THE ANSWER"

Redskins: "Worst stadium experience ever. Stood in line for 20 minutes to be told they were not making any more hot pretzels."

Giants: "A rusting hulk in the middle of a swamp. A billion dollars for this scrap heap?"

Panthers: "I hate the team, I hate the field, I even hate the kids Can Newton gives footballs to."

Saints: "They are terriable"

Buccaneers: "You don't even deserve a star. We waited an hour in line for food that was completely screwed up . Concession stands all around us with closed windows . Missed half them game because of your lack of preparation. You suck. Allow me to add that after this crap, you didn't even have condiments for the $7 hot dog!"

Vikings: "Not a fan of the exterior design. It 's shame we wasted a billion dollars on this thing. It's a really ugly building."

49ers: "I don't care if my own funeral was held here I would never come again. This is the worst video I have ever seen a show at, fix your bag policy for the love of God, you couldn't create a worse set of circumstances if you tried"

Seahawks: "This place smells and it's not as loud as they say it is. Overrated."

Cardinals: "First of all, I "worked" as a Vendor there, which is a separate issue! But afterwards, my husband was supposed to pick me up at the same place he dropped me off at.... NOT! All the roads were blocked off and closed so he couldn't even get near where I was!  To make matters worse,  he has no cell phone, so I ended up having to walk at 11:00 at night all the way to 91 st Ave & Northern."

Rams: "Screw you kroenke! LA does not deserve the rams back. Two out of the three super bowl appearances where with St. Louis. The Win, St. Louis. Enjoy the rams until kroenke swindles you."

Patriots: "The sodas, beer, and football's were all flat."

Jets: It's cute that the Jets think this stadium is half theirs.

Bills: "Who does a lot of security inside and out make this a venue that will get you arrested quickly if your trying to have fun....police everywhere....much like gestapo..can't do this or your out...can't do that...or your out...even bothering you when they think your not in your own seats..i got harassed about going to my seat in the friggin nose bleeds...who the hell in their right minds is going to seek out seats all the way upstairs to sit...bad braced up leg and all, ..only to have some chump sheriff not only ask me if these were my seats, but with attitude..what an ass..."

Colts: "OMFG! Size restrictions on your purse. Really!? A 5x7 limit - what am I four years old?"

Titans: "When we asked if we could just walk the ten feet to the stairs that we jsut came down from, the staff wouldnt let us..say some dumb reason that didnt make any sense. Needless to say our night was completely ruined."

Texans: "There was no hand rail in teh area I sat (107).  Althought I'm not handicapped, I do have problems with my balance at times.  I had to navigate 5 steps and took a terrible fall that caused me to be bruised and have a black eye."

Steelers: "I wouldn't wipe my azz with a Terrible Towel.  Worst sports town in north america."

Bengals: "It was good to stand on the field that so many greats have played on, Big Ben, Troy Polomalu, Hines Ward, James Harrison, Larry Foote, Antwaan Randle El, THE BUS, and  Chris Henry, Carson Palmer, Ray Lewis and Dick Leboux, Coach Tomlin"

Browns: "This franchise is a joke. Please move. Again."

Broncos: "I really hate the Broncos.Then they got Peyton Manning. So far so good.That is I hope they never win a Super Bowl with Manning at the helm......"

Raiders: "Hey raiders win a game for once also you guys have to share with a baseball team baseball is stupid"