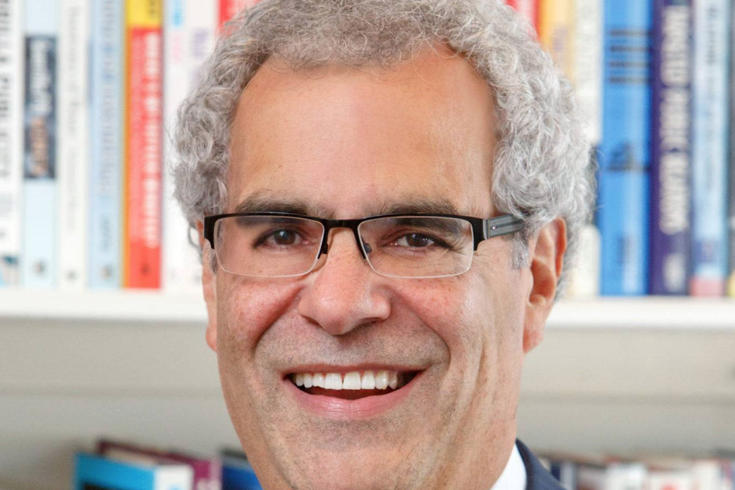 Charlie Gerow says his experience as a Republican strategist would help him unite the GOP as Pennsylvania governor and expand the party's appeal to more voters.

Charlie Gerow has touted his decades of experience within the Republican Party and his conservative credentials as the reason he should be Pennsylvania's next governor. The primary election is Tuesday.

Gerow, 67, got his start in politics volunteering for former President Ronald Reagan's futile bid for the White House in 1976. He went on to work for Reagan for 25 years.

Gerow has worked as a Republican strategist at the state and federal level for more than 30 years. He's the CEO of the Harrisburg-based strategy firm Quantum Communications and serves as the vice chair of the American Conservative Union, which is best known for putting together CPAC every year.

Gerow has been a member of the Pennsylvania Republican State Committee from Cumberland County and served as a delegate to the Republican National Convention. He also worked on the presidential campaigns of John McCain in 2008, Newt Gingrich in 2012 and Carly Fiorina in 2016, the last of which he served as national co-chair.

Gerow also has served as a national political commentator on television and radio, and his columns are regularly featured in publications like PennLive, The Hill and RealClearPolitics.

Gerow ran for state Senate and Congress multiple times in the 1980s and 1990s, but was unsuccessful on each occasion.

Gerow has said his conservative roots would help him unite the GOP and expand the party's appeal to more voters. If elected governor, Gerow has pledged to carry out conservative principles that he says will help promote economic growth.

Gerow earned his bachelor's degree from Messiah College in Mechanicsburg, Cumberland County and his law degree from Villanova University. He was born in Brazil before being adopted by American missionaries and moving to Pennsylvania.

As an adopted child, Gerow has pledged to make alternatives to abortion more accessible. He supports an abortion ban with some exceptions.

Gerow has said he believes he is the first Latino to run for Pennsylvania governor as a Republican.

Gerow has been under investigation for his possible involvement in a fatal crash on the Pennsylvania Turnpike last July that left a Bradford County motorcyclist dead. The crash occurred in Tredyffrin Township, Chester County and shut down a westbound stretch of the highway for nearly seven hours.

Gerow's lawyers have maintained his innocence, saying he has been fully cooperative with the investigation and that he did not cause the accident.

Eyewitnesses said that a motorcycle was wedged into the grill of Gerow's vehicle for several miles before he was eventually pulled over by state police. Gerow's lawyer said his client hit the motorcycle, not the driver, and that the bike was on the ground when he struck it.