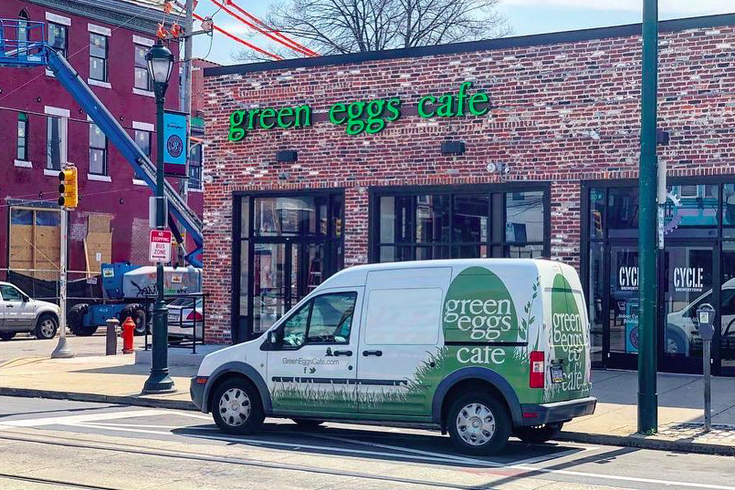 Brewerytown residents will soon have another brunch option with the opening of Green Eggs Cafe at the end of April.

The popular restaurant revealed on Facebook on Monday that its new location at 2800 W. Girard Ave. will open April 29 — complete with the signature red velvet pancakes.

Green Eggs owners William Bonforte, Stephen Slaughter and Andrew Zuccarini have steadily expanded during the last decade. They now have locations in Northern Liberties, Fishtown, Midtown Village and South Philadelphia. They also had a summer-long pop-up in North Wildwood in 2017.

The April opening comes as work continues on a sixth location planned in Rittenhouse.

RELATED: St. Benjamin Brewing Co. is closing in May

The growing restaurant also recently announced the launch of a catering service.

It's possible the expansion will cut down on the customary lines to get in, but considering their rush on a Monday, no one should expect it.

Yep it’s Monday, yep we are on a wait 😊 #WaitersGoneWait

The specials are pretty much always worth the wait.