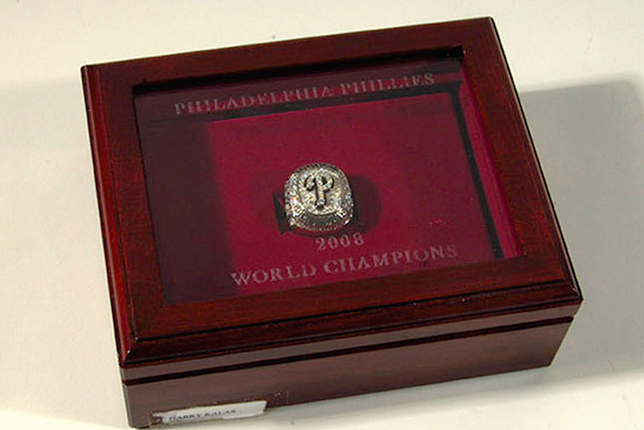 Face it: You're probably never going to earn a championship ring in professional sports.

However, if you've got the cash, you can now at least have one. Legendary Phillies broadcaster Harry Kalas, who passed away in 2009, received a world series ring for the Phillies' 2008 world championship victory. That ring is now up for auction at Hunt Auctions.

Kalas wasn't in the booth for the team's 1980 championship win due to broadcasting rules, but was able to call the final out on the radio when the Phillies beat the Tampa Bay Rays for the city's first professional title since 1983.

The ring is beautiful, and quite a collector's item for the diehard fan. Don't get too excited though. The current highest bid is about $27,000, while the next minimum bid is just over $30,000. At least some of the money is going to a good cause, as the Kalas family is donating a portion of the proceeds to the Philadelphia Chapter of the ALS Association, an organization that Harry was a big supporter of.

Most of us probably can't afford that. So instead, relive arguably Harry's most famous call.