The Beer, Booze, and Bubbly Block Party takes over 11th Street on May 14, after a two-year absence 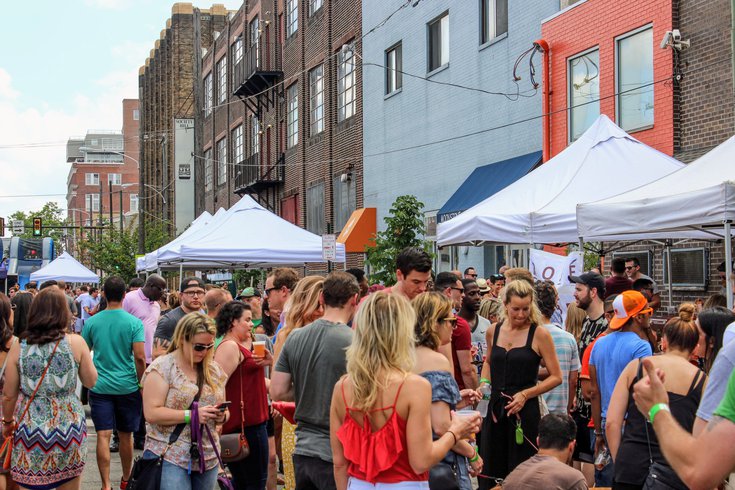 Hawthorne's Beer, Booze, and Bubbly Block Party returns on Saturday, May 14 from 11 a.m. to 7 p.m. after a two-year pandemic pause.

After two years of cancelations and postponements due to COVID-19, Philadelphia is welcoming back neighborhood block parties this spring and summer. It's one of the best times of the year to get out in the sun and enjoy the longer days while supporting businesses around the city.

Hawthornes Beer Cafe takes over 11th Street, from Fitzwater to Catherine streets, for its pandemic-delayed Beer, Booze, and Bubbly Block Party from from 11 a.m. to 7 p.m. on Saturday, May 14. Admission is free and the party will feature craft beer – including more than 75 different IPAs – from breweries in the city and region.

RELATED: Kensington Derby and Arts Festival returns in May with more than 100 vendors and artists

"It's go big or go home," Chris Fetfatzes, owner of Hawthornes, said in a press release about the event. "Anyone who knows me know I can't do anything halfway, and this year's block party is all on. You don't even have to like beer. We've got cocktails, funky wine, seltzers and ciders. The music alone is worth the price of admission, which by the way is free." 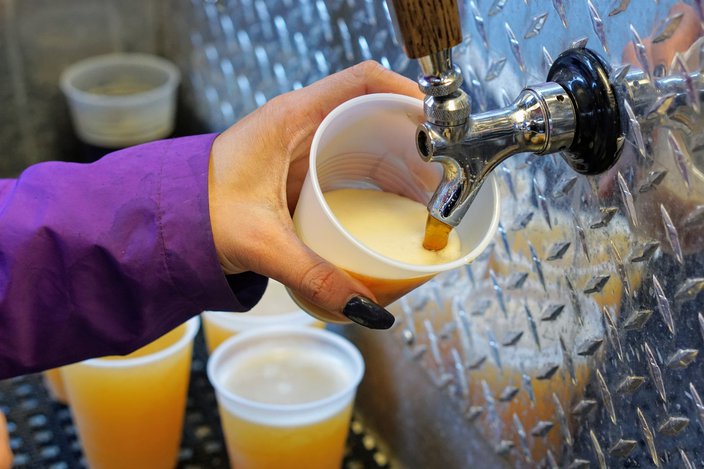 Hawthorne Beer Cafe is hosting its annual IPA block party on May 14. The event is pay-as-you-go and cash only.

Along with beer and booze, 11th Street will be cleared of vehicles to make way for food trucks serving a wide selection of food. Here are some of the trucks that will be at the block party:

"Our block parties are about more than just the booze," Heather Annechiarico, co-owner of Hawthornes, said in the press release.  "They're an opportunity to celebrate our city and our vibrant neighborhood with the fuel of delicious food, lively music, and yes, the occasional negroni ..." 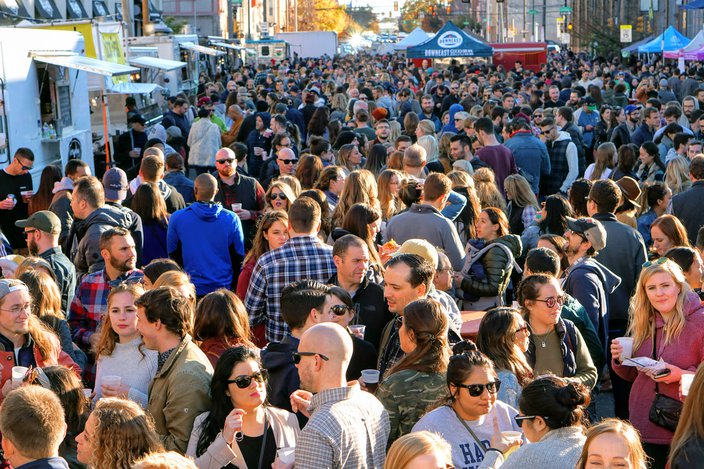 Check out the block party for more than 75 selections of IPAs and other craft brews, as well as food trucks and live music.

Local musicians will play on the main stage all day.

• 11 a.m.: Jazz trio The Mini Q's kick off the day with a belated birthday tribute to Stevie Wonder
• 1 p.m.: Coatesville quartet The Sermon will play their spin on traditional soul, funk, and jazz
• 3 p.m.: Rittenhouse favorite Snacktime, the seven-piece brass band, will play R&B and pop hits.
• 5 p.m.: DJ Adrian Hardy rounds things off at the end of the day

The party is pay-as-you-go and cash only. Guests must show ID at 11th and Fitzwater streets before being able to purchase drinks.

Sonny's Cocktail Joint and neighboring Wine Dive were supposed to be at the block party, but both are currently closed due to an apartment fire above their businesses. In their places, Hawthornes will amp up its own wine inventory.