Candid-dates: Philly, here's your chance to fall in love with a mayoral candidate 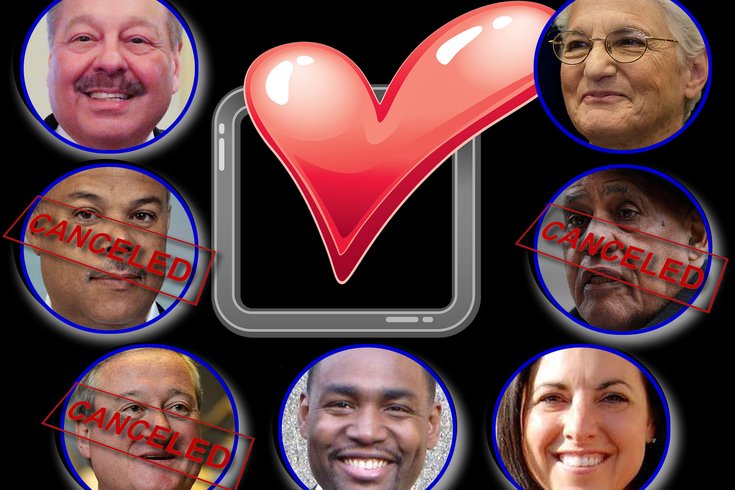 Philadelphia will elect its next mayor this year, a decision that will greatly impact the direction of the city.

But will Philadelphians fall in love with any of the seven candidates in a field that has been called uninspiring, boring and a snooze-fest?

PhillyVoice sought to find out in an unorthodox way, and have some fun at the same time. Inspired by a New York Times article that went viral earlier this year, we recreated a "dating" experiment first conducted by psychologist Arthur Aron.

Aron, if you haven’t heard, succeeded in making two strangers fall in love through a laboratory exercise. He had the couple answer a series of 36 questions that gradually grew more intimate. Then, he had them stare into one another’s eyes for four minutes.

So, PhillyVoice decided to give it a go with the mayoral candidates, offering each an opportunity to complete an abbreviated, face-to-face exercise. We selected 10 questions from the list, but did not reveal those questions until sitting down with them, an attempt to keep the exercise as spontaneous as possible.

And, no, PhillyVoice did not take any of the candidates up on the Benjamin Franklin Bridge to stare into their eyes. We snapped a close-up photo instead.

Three ultimately stood us up, though PhillyVoice initially received commitments from the campaigns of all seven candidates.

Maybe they got cold feet. Whatever their reasons, PhillyVoice dropped its pursuit and went ahead without them. (No stalkers here.)

The goal was to humanize the candidates, steering them away from the rehearsed answers given to the issues on the campaign trail. We sought to provide readers — and voters — a glimpse of the actual person running for office.

Anyone who has followed the mayor’s race knows that Nelson Diaz wants to disband the School Reform Commission. They know Doug Oliver supported selling Philadelphia Gas Works. They know all about Lynne Abraham's experience as district attorney.

But do they know why Diaz once retrieved his briefcase from a burning car? Or what Oliver sings as he walks to the subway? And what constitutes a perfect day for Abraham?

And what, if anything, do they know about Melissa Murray Bailey, the only Republican in the race?

The four-part series, which launches Monday with Abraham answering our questions, will run through Thursday.

We hope readers feel closer to the candidates who opened up to us. Perhaps one candidate will make Philly fall head over heels.

Hoping to fall for Kenney, Street or Williams? You'll have to set up your own "date."