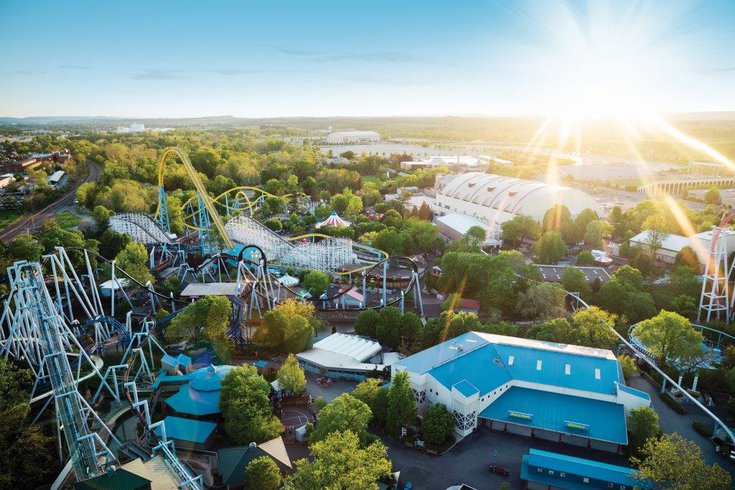 Hersheypark will be going cashless when it opens in April for the 2022 season. It only will accept credit and debit cards, gift cards, Samsung Pay and Google Pay.

Hersheypark will no longer accept cash payments when it reopens its doors to roller coaster and chocolate lovers next month.

The amusement park will move to a cashless model during its annual Springtime in the Park event, which runs the first three weekends in April. It only will accept credit and debit cards, gift cards, Samsung Pay and Google Pay.

However, people can convert up to $500 in cash onto a prepaid Visa debit card at one of the park's five cash-to-card kiosks. There will be no fee to convert cash to card. Remaining balances can't be refunded for cash, but the cards can be used anywhere Visa payments are accepted.

Hersheypark's move to a cashless system is part of a growing trend. Earlier this month, Dorney Park and Wildwater Kingdom also are only accepting electronic payments this season.

The Wells Fargo Center has made a similar shift despite Philadelphia's ban on cash-free businesses, which took effect in 2019. The arena gets around the rule by providing cash-to-card kiosks like the ones Hersheypark will have.

Philly's ban was intended to prevent discrimination against so-called "unbanked" people – those who don't have a savings or checking account. About 10% of Philadelphia households are unbanked, according to federal data.

The trend toward cashless businesses was underway before the COVID-19 pandemic. Scientists had long noted that paper money and coins often contain large amounts of bacteria, but the public health crisis brought these concerns to the forefront.

The coronavirus primarily spreads via airborne respiratory particles, but many businesses have maintained cashless policies as a matter of convenience.

Financial experts say there are upsides and downsides to having a cashless business.

Owners can save time and money, because they don't have to pay an employee to count out registers at the beginning and end of the day. They also can eliminate regular trips to the bank.

But electronic payments aren't free. Credit card companies charge businesses fees as much as 4% per transaction in the U.S., which is why some businesses don't accept cards for small purchases or charge a fee to use them.

Though electronic payment systems increase convenience and efficiency for many customers, they also exclude shoppers who can't or don't want to pay electronically.

Cashless businesses are more secure in many regards, as there is no way for people to steal paper money from a store without cash. Electronic payment programs also create automatic paper trails, which minimize the chance of accounting errors and opportunities for employee theft.

But businesses with electronic only payment systems can become a target for hackers, who could potentially steal money and sensitive financial information. They also have no way to complete sales if their payment software crashes.