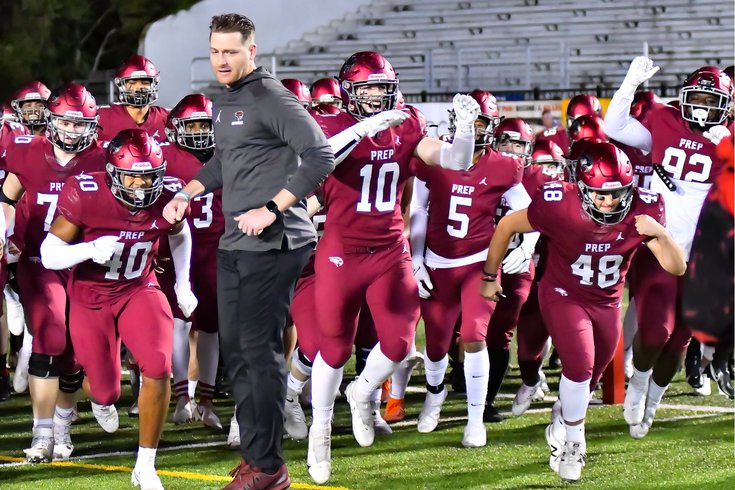 That ended this year. But that doesn’t mean 2021 wasn’t a successful season.

Many teams made historical steps, while traditional powerhouses appear to have made successful transitions towards brighter futures.

As happens every year at this time, PhillyVoice selects a Player of the Year, Coach of the Year and Team of the Year.

Many players had great seasons. Ridley’s Tahir Mills rushed for a Delaware County single-season record 2,519 yards and 31 touchdowns (and had a total of 36). Garnet Valley’s Navy-bound Shane Reynolds exploded for huge games in the District 1 Class 6A playoffs. Quakertown’s senior quarterback Will Steich led this year’s Panthers into breaking new ground as the first-ever Quakertown team to win two district playoff games and go this deep into the season undefeated.

But in the end, one player in a very understated way led the best team in the area in tackles, did much of the grunt work on offense no one likes to do and even scored a few touchdowns along the way this season. 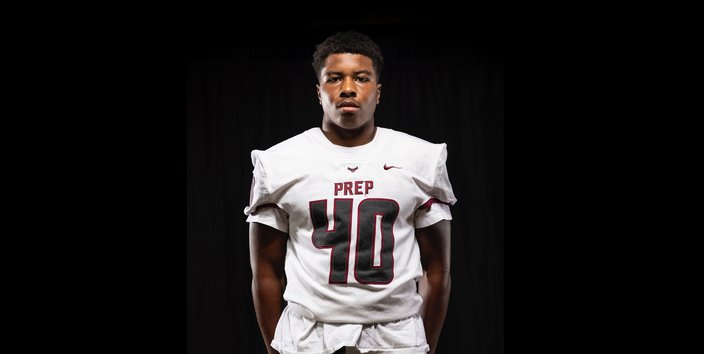 Prep linebacker Josiah Trotter is PhillyVoice's 2021 Player of the Year.

St. Joe’s Prep 6-foot-2, 230-pound junior middle linebacker Josiah Trotter led a young Hawks’ team to its sixth-consecutive state title game. He did as much off the field in getting a young defense, with just four starting seniors, together as he did on the field. He started every game—and impacted every game.

Every team that faced The Prep had to beware of No. 40. Offensively, they learned that they better, too. In two of the most important games this season, in the Catholic League championship against La Salle, and in the state title game against Mt. Lebanon, Trotter caught touchdowns. What was unseen was his selflessness, willing to do the grunt work as the blocking back in goal-line and third-and-short situations.

Because of his overall impact on games this season, Josiah Trotter is the 2021 PhillyVoice Player of the Year.

“I thought I played well this year, but I thought there were a lot of areas I could have done better and got back,” said Trotter, 16, who had a team-high 114 tackles, two fumble recoveries, 2.5 sacks, nine tackles for a loss, six pass deflections and caused two fumbles, one in the state title game, and scored three touchdowns. “I think I’ve matured more these last two years. I’ve always been into watching film in preparation, but I’ve done more of it than in the last few years.

“Josiah was always a student of the game, he just has a different personality than Jeremiah (Jr.),” said Jeremiah Trotter, Josiah’s father and former Eagles’ linebacker. “When they have shadow days at Prep, the kids always ask for Josiah, because everyone loves being around him. He’s always happy.

“These last few years, Josiah has become more serious about football. Jeremiah is serious all of the time. I told Josiah that it’s great he has that personality, but when you’re on the football field, there is a time for work and then you go back to being yourself. Josiah is going to get bigger; he’s going to get stronger, and what a lot of people don’t know, he hasn’t even cracked the surface yet.

“He can do more than I did. He can play downhill and play in space. As his father, I’m very proud of him on and off the field. He’s a great kid. Once Josiah starts believing in all of the things I know he can do, watch out.”

Sure, it’s supposed to be easy, those on the outside looking in may think when you’re the head coach of the St. Joseph’s Prep Hawks.

For the first time since Tim Roken has been the head coach of the Hawks, The Prep did not win the state title. But in Roken’s short stint as Prep head coach, this past season was probably his best coaching job.

This was a bridge year at Prep, and still, despite losing an 18-game winning streak dating back to 2019, seeing a six-year winning streak against La Salle come to an end, and when uncertainty surrounded whether or not Prep would make its sixth-straight trip to the state championship, the Hawks still managed. 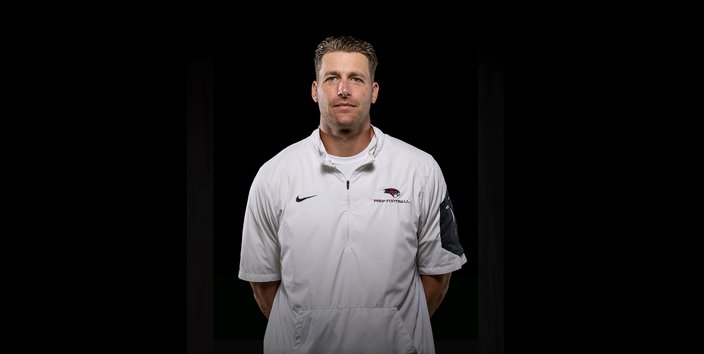 Despite losing to La Salle during the regular season, despite losing in the state finals, everyone in this program walks away with something as three-time state champions.

The one constant was Roken, who finished his third season, and his staff.

“In terms of preparation for the season, we knew this would be challenging from what we’re used to as a program,” Roken said. “I think our staff did a phenomenal job in working together. I work within our staff. It is a democracy. I steer the ship for these guys and let the assistants do the work, and I’m very blessed to have the staff I have and what they do—both on the field and off.”

Garnet Valley’s legendary coach Mike Ricci had an amazing season in his final year, leading the Jaguars to their first PIAA 6A District 1 championship, Imhotep coach Devon Johnson also had a strong year, battling early injuries and a young squad in leading them to the PIAA 5A state finals, and Quakertown’s George Banas led the Panthers to a 12-1 finish and two district playoff victories for the first time in program history.

The Hawks started four seniors on defense. They started sophomore Samaj Jones at quarterback. They could have fallen apart after the 28-21 Catholic League regular-season loss to La Salle on Oct. 2.

When there were doubts, St. Joe’s Prep reacted by steamrolling them, with emphatic victories over excellent teams like La Salle (35-7) and Garnet Valley (49-13) before falling to Mt. Lebanon in the PIAA 6A state finals 35-17.

“I would say this was a successful season, but the life lessons learned and relationships these seniors built together is something I won’t forget,” Roken said. “These seniors can look back on this year as winning a state championship and building towards the future”

La Salle was the only team in the area to beat the area’s top two teams, Imhotep and St. Joe’s Prep.

But in the Catholic League Red Division championship, it was Prep that won big, 35-7 over La Salle, when it counted.