High Street on Market bringing back favorite sandwiches before relocating

The new location is still a mystery, but there's one way to find out where the restaurant is moving 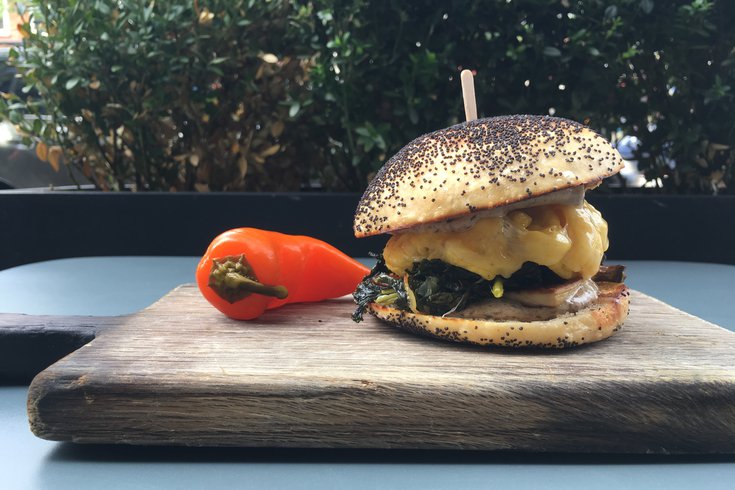 High Street on Market is closing its Old City location and relocating to an unannounced address. During its last week of service at 308 Market St., favorite sandwiches and other past dishes will be put back on the menu.

Ellen Yin and Eli Kulp announced earlier this summer that High Street on Market would relocate due to rent increases.

The restaurant has now announced the last day of service at the 308 Market St. space will be Saturday, Sept. 12, almost seven years after opening.

To say goodbye to the place it called home for years, High Street on Market will bring back some of its favorite past dishes.

Starting Sunday, guests will be able to enjoy High Street’s most beloved sandwiches, Pastrami on Rye and the Best Grilled Cheese Ever, as well as the fan-favorite Angry Crab Spaghetti. Over the weekend, the restaurant’s signature egg sandwiches, including the Forager and the Hickory Town, also will make a comeback.

Then on the last day of service, the restaurant will offer cupcakes from the High Street bakery on a first come, first served basis.

As for where High Street on Market is moving to, the restaurant is keeping that a mystery for now. In a "Charlie and the Chocolate Factory"-like promotion, the restaurant will sell 100 Éclat Chocolate bars starting Friday, Sept. 11, revealing the restaurant's new address.

All of the chocolate bars also will feature a surprise, with the top prizes being a free year of High Street bread through the restaurant's new bread subscription program and a $50 gift card to use at the new location.