On Saturday, guests at Rittenhouse Town also can sip festive cocktails, view the full moon through a telescope and receive tarot card readings 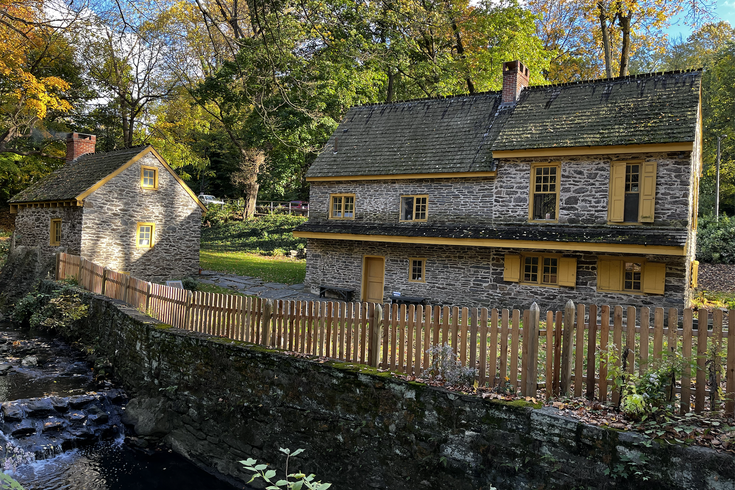 Historic Rittenhouse Town — the site of America's first paper mill and the birthplace of astronomer David Rittenhouse — sits close to the border of Mount Airy and Germantown with landmarks dating back to the 17th century.

On Saturday, the Rittenhouse Homestead will be transformed into a spooky, festive attraction as part of its annual fundraiser, RittenHOWL. From 6 to 10 p.m., head over to the historic landmark at 208 Lincoln Drive for a spirited evening filled with ghost stories and plenty of locally-sourced beer.

MORE: Street soccer tournament to take over Frankford Avenue in Fishtown at Thanksgiving

Guests can find secret speakeasies throughout Rittenhouse Town and sip Sly Fox Craft Beer, mulled wine and craft cocktails. Food will be available from Hearth & Fire and Mom Mom's Polish Food Cart. All food and drink is included with the price of admission. Tickets cost $60.

Guided flashlight tours will mix ghost stories with real-life tales of the Rittenhouse family and its historic community. There also will be tarot card readings for people who wants to look into their past, present or future, and opportunities to look at the moon through a telescope.

All proceeds from the event will benefit the programs and preservation of Historic Rittenhouse Town. The site has been a national historic landmark since 1992, and is dedicated to informing the public about the life and experiences of this old industrial village.

Historic Rittenhouse Town traces its roots to 1690, when papermaker William Rittenhouse followed other Quaker and Mennonite families emigrating to Germantown, which was its own borough until being absorbed by Philadelphia in 1854. Rittenhouse purchased a 20-acre plot of land on Paper Mill Run near the Wissahickon and built the first paper mill in the colonies.

Though the mill was taken down by the Fairmount Park Commission in 1891 as part of a plan to eliminate sources of water pollution, six buildings were preserved and are currently available for the public to tour. Among them are the first home of the Rittenhouse family, other family homes, and fully restored barn.

David Rittenhouse, a scientist for whom Rittenhouse Square is named, was born on the homestead in 1732. Rittenhouse was one of the leading scientists of the 18th century – "second only to Benjamin Franklin," according to a biography from the University of Pennsylvania. He constructed two orreries that showed the solar and lunar eclipses for a period of 5,000 years and, as a surveyor, helped establish the boundaries of several mid-Atlantic states.

For more information about RittenHOWL, the Rittenhouse family, or the preservation of Historic Rittenhouse Town, check out the landmark's website.