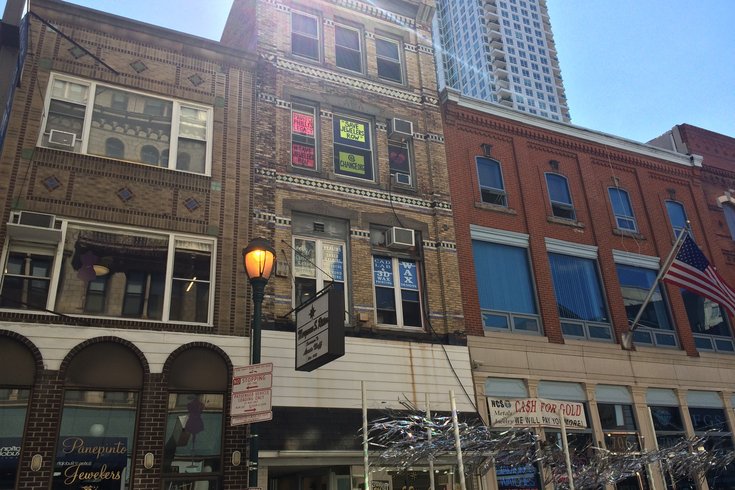 The Philadelphia Historical Commission on Thursday took no action on nominations to preserve two properties on Jewelers Row that are slated for demolition.

The properties – 704 and 706-08 Sansom St. — received unanimous nominations to the city's Register of Historic Places, a designation that would have to be approved by the commission. The properties had previously served as a publishing house and an electrotype foundry developed by publisher Henry C. Lea in the late 1800s.

On Wednesday, however, the city's Department of Licenses and Inspections issued a demolition permit for the buildings to Toll Brothers Inc., a Horsham-based development company seeking to build a residential complex on the southeast corner of Jewelers Row.

On Wednesday, Ajeenah Amir, deputy director of communications with the city of Philadelphia, said that any decision the Historic Commission made during Thursday's meeting would not void that demolition permit.

At the meeting, Michael Fink, L&I's designee on the Historical Commission, asked members to table consideration of the nominations to avoid confusion, as the demolition permit had already been issued.

Fink said if the committee acted on the nominations, "all we are doing is muddying the waters. I feel like we are sowing seeds for something and there's just going to be a frost coming next week."

Toll Brothers also received a permit to demolish a building at 128 S. Seventh St. and properties at 702 and 710 Sansom St.

About 35 people attended the meeting Thursday to support preservation of the structures. About 10 others who own properties along Sansom Street attended to back the development project.

Roberto Pupo, owner of 706-708 Sansom voiced his support for development as a way to potentially revitalize lagging business on Jewelers Row. He said the area has changed from a commercial district  to a more residential community with apartments on the second floors of most of the businesses in the area.

"It is breaking down. It is becoming nothing," he said of the neighborhood. "We want to survive and the Toll Brothers' idea is great."

But Paul Steinke, executive director of the Preservation Alliance for Greater Philadelphia, argued that the development would change the character of the historic Jewelers Row community.

While Toll Brothers has not yet made public designs for the development, Steinke worried that a residential tower much taller han the proposed 16-story structure – even a 60-story building, he claimed – could end up there.

"That would be an insult to the city," said Steinke. "Make no mistake, these would be the first dominoes to fall... This will be the beginning of the end of Jewelers Row."

With no action taken on the properties, Steinke said he's optimistic that, because the buildings are currently occupied and the developer has said that demolition wouldn't begin until mid-2017, supporters would still have time to fight the razing of the buildings.

Of the options available, Steinke said, he could argue the validity of the demolition permit. This would be similar to what was done on a property at 4046-4048 Chestnut St., which was spared the wrecking ball earlier this year following an appeal of demolition permits at that site.