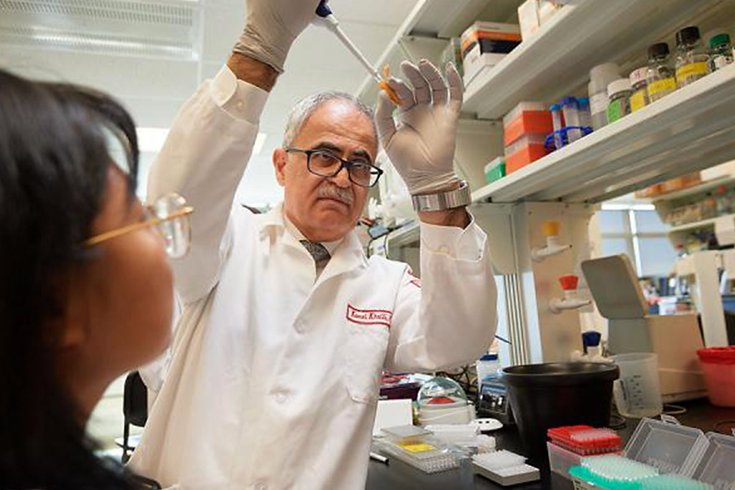 Temple University scientists say they are closer to identifying a cure for HIV after a major breakthrough.

Scientists successfully eliminated the virus in living animals for the first time by combining gene-editing technology and a new therapeutic treatment.

"Our study shows that treatment to suppress HIV replication and gene editing therapy, when given sequentially, can eliminate HIV from cells and organs of infected animals," said Kamel Khalili, director of the Comprehensive NeuroAIDS Center at Temple's Lewis Katz School of Medicine.

Khalili's research team at Temple collaborated with scientists from the University of Nebraska Medical Center on the study. Their findings were published Tuesday in the journal Nature Communications.

An estimated 1.1 million people aged 13 and older in the United States have HIV, according to the Centers for Disease Control and Prevention.

HIV can be controlled with antiretroviral therapy. The treatments suppress replication of the human immunodeficiency virus, but do not eliminate the virus from the body. If treatments are stopped, the virus rebounds and fuels the development of AIDS.

A cure remains elusive, but the researchers say the study provides new hope.

Having rid mice of HIV, they will try to do likewise in non-human primates. Clinical trials in human patients potentially could begin later this year.

Khalili's team previously used CRISPR gene-editing technology to remove large fragments of HIV DNA from the infected cells of rats and mice. But that alone will not eliminate HIV.

For the current study, they first treated mice with a new therapy known as LASER ART, which slowly releases an antiretroviral drug in tissues where HIV is dormant.

That period, researchers said, was long enough for them to use CRISPR  to completely rid the mice of viral DNA.

"This achievement could not have been possible without an extraordinary team effort that included virologists, immunologists, molecular biologists, pharmacologists and pharmaceutical experts," said Dr. Howard Gendelman, director of UNMC's Center for Neurodegenerative Diseases. "Only by pooling our resources together were we able to make this groundbreaking discovery."