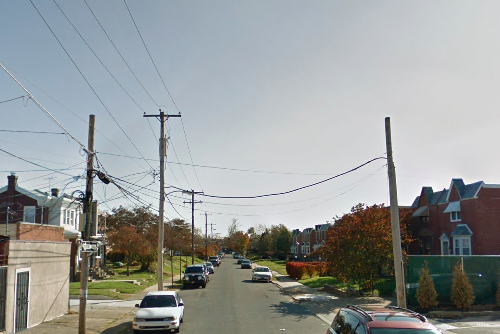 4000 block of Meridian Street in Holmesburg section of Northeast Philadelphia.

Philadelphia police are investigating the circumstances surrounding a murder-suicide that claimed the life of a City Hall staffer early Friday morning in the Holmesburg section of Northeast Philadelphia.

Authorities said the incident occurred around 8:40 a.m. at residence in the 4000 block of Meridian Street.

A 44-year-old man identified as Haywood Neuby Jr. allegedly shot 37-year-old Linda Rios before turning the gun on himself. Both were found with gunshot wounds to the head in separate areas of the home, police said. Rios sustained three gunshot wounds.

Police said Neuby and Rios were married but had been estranged for some time and were not living together. Their two children and a babysitter were present at the home when the shooting occurred. Police said the babysitter fled and the children left safely on their own, taking refuge at a neighbor's house as SWAT officers descended on the residence.

At a press conference Friday afternoon, police said there had been one prior domestic call to the residence on July 10 in response to a verbal argument. There was no indication that the differences between the couple would result in this outcome.

Linda Rios was identified as the director of human resources for Philadelphia City Council and worked out of President Darrell Clarke's office. She served there for approximately 16 years, according to police.

“My entire administration is saddened by the news of the passing of Linda Rios," Philadelphia Mayor Jim Kenney said in a statement. "I had the privilege of working with Linda for years during my tenure on City Council and I knew her to be a dedicated public servant. My deepest thoughts and sympathies are with Linda’s family, Council President Clarke and his staff, and all of our colleagues at City Council.”