One of the explosive devices detonated near a railroad underpass, but no one was injured, police say 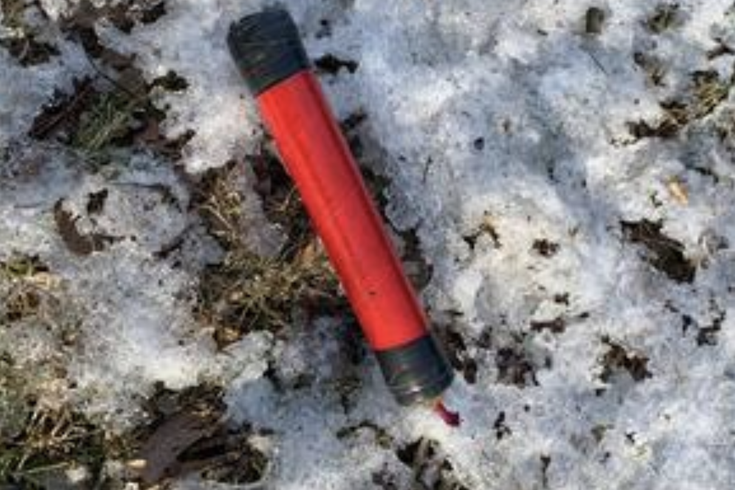 Two pipe bombs were found a half-mile apart in Caln Township, Chester County, prompting a police investigation this week. Police say they are not yet considering the bombs part of a pattern and have not identified any suspects or motive.

Two pipe bombs have been found about half-mile apart in Caln Township, Chester County, this week, prompting a police investigation.

A similar, detonated bomb was found later near a railroad underpass at South Caln Road and Olive Street, police said. That location is less than one mile from where the first bomb was found.

No one was hurt by the detonated bomb and there did not appear to be any property damage, as a result of the explosion. Police said the bomb exploded around 3 p.m. Monday, but they did not learn of the explosion until it was reported Wednesday by a person who had read about the discovery of the undetonated bomb.

Both devices appeared to be "homemade" and were similar in size and construction, police added.

Dion Carotenuto, the letter carrier who discovered the undetonated bomb, is being celebrated as a hero. That device was found near a bus stop for school children. Carotenuto possibly prevented harm to the kids.

A letter carrier found what appeared to be a pipe bomb in Caln Township at the corner of 14th & Olive st in a west end neighborhood Tuesday evening, JUST BEFORE a group of school children got off a bus. Hear how he jumped into action in his own words, tonight. pic.twitter.com/8eBib6uYdN

Police said they are not yet ready to call the pipe bomb discoveries a pattern. They have not identified any suspects or a motive.

The population of Caln Township was 13,817 according to the 2010 Census. The suburban township is connected to Philadelphia by SEPTA's regional rail.

Anyone with information is asked to contact Caln Township Police at (610) 383-1821. Anyone who finds a suspicious device or possible bomb should call 911 and not attempt to handle it.