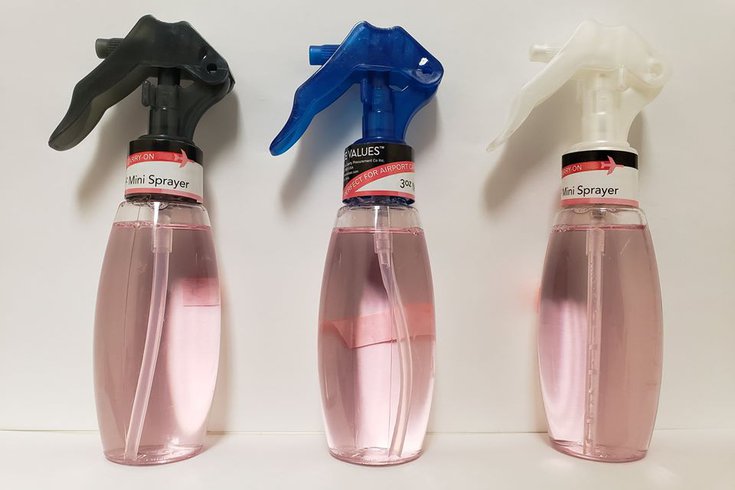 Police are investigating a homemade spray sanitizer that allegedly caused chemical burns to a boy in River Vale, Bergen County, on Monday. The spray was sold at a local 7-Eleven and at least a dozen bottles of the sanitizer has been purchased that day.

Police in New Jersey are investigating a product that was sold as a "spray sanitizer" at a 7-Eleven after it reportedly caused a boy to suffer chemical burns, officials said.

Lauren Michele Gehm posted photos of her son to Facebook, displaying what she said were burns to his arm and leg. She claimed in the post, which has since been removed, that the injuries were caused by a sanitizer "loaded with ammonia" that was purchased at a 7-Eleven in River Vale, Bergen County. He was treated at a local hospital, Gehm said.

River Vale Police investigated the product after seeing Gehm's post. "While further investigation is underway, our first priority is to make the public aware that they should not use this item if they purchased it at the River Vale 7-Eleven," Lt. John DeVoe said.

Approximately a dozen bottles had been sold earlier that day, and all remaining bottles of the sanitizer have been seized by police. Authorities said they believe the sale of the product is limited to the one store . The investigation is ongoing.

The coronavirus outbreak is creating a high demand for hand sanitizer, leaving many stores with little to no stock — and some people have resorted to homemade sanitizer.

While DIY sanitizer can be useful if done correctly, experts warn it can be difficult to get the recipe exactly right, according to a report by The Guardian. Also, store-bought hand sanitizers contain emollients to make the alcohol-levels less damaging to the the skin, Sally Bloomfield, a professor at the London School of Hygiene and Tropical Medicine, told The Guardian.

Sanitizer needs an alcohol concentration of at least 60% be effective against COVID-19, according to the Centers for Disease Control and Prevention.

So, what can you do if you're concerned about the coronavirus? Washing your hands for at least 20 seconds is the most effective method to prevent the virus, according to the World Health Organization and the CDC. In order to wash your hands properly, the CDC recommends washing the whole hand, including the backs of your hands and in between your fingers. If you need help in keeping time, you can hum the "Happy Birthday" song twice, which supposedly lasts a full 20 seconds.