30 more people have contracted salmonella from the breakfast cereal 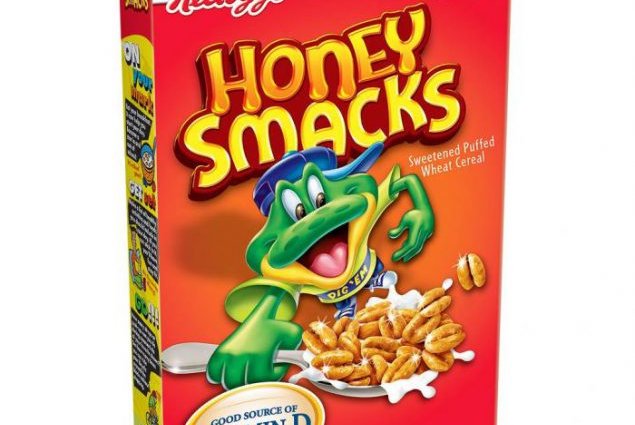 Kellogg's Honey Smacks breakfast cereals were recalled on June 14, 2018. But some retailers are still carrying the cereal.

Do not eat any Honey Smacks cereal, the Centers for Disease Control and Prevention warns again, and if you see Honey Smacks on store shelves, don't buy it – call the FDA consumer complaint coordinator in your state.

Since its last update on July 12, the CDC has reported that 30 more people have been added to the salmonella outbreak list from eating the Kellogg's breakfast cereal.

The CDC says not to eat, buy or sell the cereal — regardless of the date on the package or its size. If you already have a box of the cereal in your home and have not yet gotten sick from it, officials still recommend throwing it away or returning it for a refund.

Delaware, Minnesota and Maine have also been added to the list of states affected by the salmonella outbreak, bringing the total to 36. In Pennsylvania, at least 11 people have been infected, although it's not clear how many of them have been hospitalized.

An investigation from the CDC and U.S. Food and Drug Administration has found that 130 people have been infected with the salmonella strain and that 34 people have been hospitalized so far. No deaths have been reported.

According to the CDC, most people infected with salmonella develop diarrhea, fever and abdominal cramps 12 to 72 hours after being exposed to the bacteria. It usually lasts between four to seven days and most people can recover without treatment.

In some rare cases, salmonella can cause death if not treated with an antibiotic. Here's more information from the CDC.

No other Kellogg product has been affected by the recall.