House carried away by floods in Wildwood 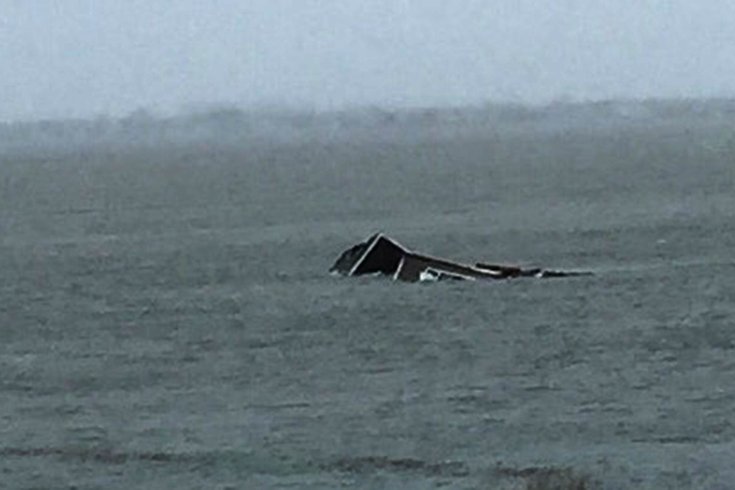 A home sits submerged in the bay off Wildwood as the effects of Hurricane Joaquin are felt at the Jersey Shore.

A bay home was carried away by floodwaters in North Wildwood late Friday night.

According to 6 ABC, the home dislodged from its bearings and only a portion of it was seen above water Saturday morning. 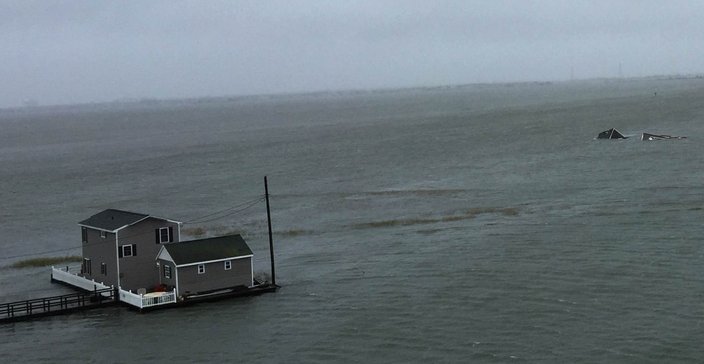 A home sits submerged in the bay off Wildwood, at right, as the effects of Hurricane Joaquin are felt at the Jersey Shore. (Photo by Frank Phifer)

Much of the worst flooding is being seen in the bay of the Wildwoods, as strong winds out of the east are preventing the bay from draining.

New Jersey's coastal towns have experienced major flooding as rain is expected to continue hammering the region despite Hurricane Joaquin looking like it will veer east and avoid making landfall in the region.

Governor Chris Christie declared a state of emergency Thursday in anticipation of the coming storm.

On Friday, Christie said the Hurricane likely moving out into the Atlantic Ocean was good news, but cautioned that residents should still be prepared and should visit ready.nj.gov for information on dealing with the inclement and potentially dangerous weather.

He also took a shot at shore towns, and more specifically Margate, who have resisted the state's efforts to build sand dunes to try and prevent storm damage.