How one West Philly bar flirted with anti-semitic death metal

Nyogthaeblisz was slated to play at Millcreek Tavern, but the calls kept coming, and that's what shut it down 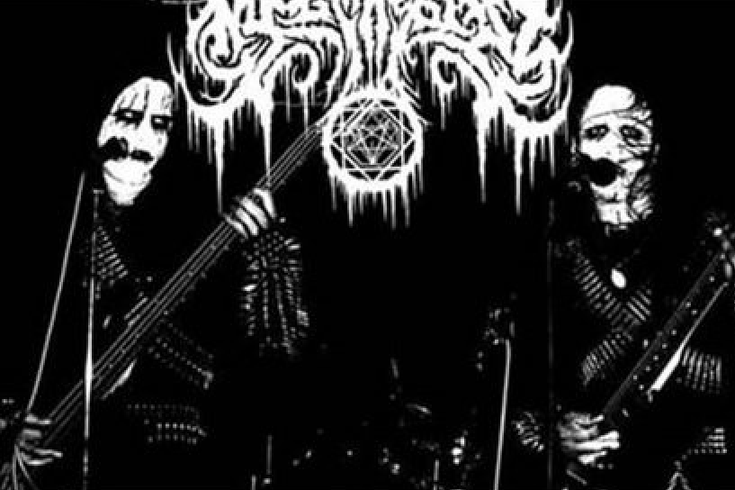 Nyogthaebisz (TX) claims to be "the harshest, noisiest most confrontational f***ing band on the planet bringing you their breed of black/death straight from Hell Paso. F**k everyone and everything. Black Lung Productions bring you a last minute show that'll destroy Philly that is for the underground!"

At about 7:45 p.m. on Friday night, the phone at Millcreek Tavern in West Philly rings. Larry, the relatively elderly bartender, answers.

RELATED STORIES: Why hate came to the progressive island of Charlottesville | Raising cigarette prices may cause drastic change in older smokers' behaviors | A lesson in fake news: The faux call for removal of the 'Rocky' statue

Larry has been fielding calls like this all night. Hours before, Philadelphia Magazine dropped a story that Millcreek had booked Nyogthaeblisz, a metal band whose lyrics range from satanic grandiosity to thinly-veiled (if veiled at all) anti-Semitism, as the night’s entertainment.

The show was apparently to be a make-up show after the owners of a tattoo shop in Gaithersburg, Maryland, canceled the band’s scheduled performance the night before.

Nyogthaeblisz is supposedly going on at 9ish, but the bar is nearly empty. The phone rings again, and again, and again. Larry and bar owner Jack Gillespie take turns answering, reassuring the callers that no such band will perform tonight. They both categorically deny it. From here, it begs the question: Is this really a false rumor, or did they book the band, realize what it was about, and cancel? Someone had to be telling a half-truth, if not a full lie.

Once Larry (with whom I’ve talked to about everything from the 2008 Phillies, the Panama Canal, Catholic school, the Outer Banks and the superiority of Kenzinger over PBR), catches wind of why I’m sitting at the West Philly bar tonight, he leans up against the counter in exasperation and disappointment, and, like he did on the phone, shifts to a stiff and defensive tone.

He tells me he has no idea where that rumor started. They hadn’t booked any such band tonight.

The phone calls continue—at least four more in the span of an hour.

Earlier, a DJ who goes by "Ebonie" and hosts the “Metal and Coffee” show on WKDU, tweeted that the show “needs to be stopped.” Just a week out from the events in Charlottesville, Ebonie tells me that she doesn’t feel safe attending it herself.

By 9 p.m., a small group of people has shown up outside of the bar. Larry goes out to talk.

Vashti Bandy, a regular at Millcreek, is leading the discussion, speaking to Larry from the other side of the iron fencing. Larry maintains his story that he told me: No band is playing tonight. Friday night is karaoke night. It always has been and it always will be. Bandy eventually believes him. After all, she’s here every Friday for karaoke herself.

“I can’t imagine they would want to alienate 90 percent of their clientele,” she says. “Which is why I was so crushed when I heard this. I’m here every week for karaoke.”

Earlier in the night, her friend Alexandra, who’s standing next to her with a sign that reads “Any time, any place, punch a Nazi in the face,” texted her about a West Philly bar that booked “some Nazi band.”

“I said, ‘I go to karaoke every Friday. It is one of the sacrosanct things in my life,’” Bandy says. “And then I looked, and it was this f***ing bar where I do karaoke every f***ing Friday. I did not believe it.”

It’s not new for Millcreek to have metal bands. Despite the denials from staff, the bar did, in fact, book Nyogthaeblisz.

“I get a call from a great promoter last night at 10 o’clock,” Gillespie says.

“’Jack, tell me you have an open spot for some bands.’ OK, let me look, I said. Yeah I’m open, no problem. I’ve been booking with this girl for 15 years. She’s an animal activist. She’s good people. So, ask me what the names are, I have no idea what the names are. I guess it’s a bad thing to say, but do I care? No, I don’t care, as long as they’re over 21 and behave themselves, and they eat and drink. I’m a venue here. I’m not endorsing someone’s theology, let alone life.”

Gillespie got a message in the morning from a reporter from Philadelphia Magazine, asking about the band’s slot for the evening.

“I’ve owned the place for 30 years,” he says. “I’ve never had controversy like this before. So, later in the day, the girl called me who booked the bands, and asks if we’re having problems. I said, ‘I don’t know, am I? What do you know that I don’t know?’ And, like I said to the reporter, I’m a retired Philly cop. Do you know how many bands come in here that are anti-police, anti-establishment, anti-capitalism? I should say that their art form is wrong, but if it’s important, it’s important. And she said we should cancel. And I said, ‘I agree with you.’ That was 20 minutes after I spoke to the guy from Philadelphia Magazine.”

By this point, Gillespie has engaged in an animated discussion with Bandy that ended with a handshake and a hug. The phone continues to ring, and Larry continues to repeat his story. A guy outside folds his cardboard sign and, lamenting that there would be “no Nazis to punch tonight,” he heads into the West Philly darkness.

A handful of people follow Bandy’s lead into the bar after she reassures everyone that bigotry is not the M.O. for the ownership or staff. The crowd is incredibly diverse tonight. Bandy says that’s pretty much how it always is.

Once the karaoke equipment is set up, Bandy takes the stage, and makes an announcement on Facebook Live (and to the room), explaining the rumor, and asserting that the band is not playing at Millcreek Tavern. She strongly condemns any act of anti-Semitism or bigotry, and says the bar staff feels the same. Gillespie, according to Bandy, feels so strongly, that he has decided to donate a percentage of the night’s proceeds to a Jewish nonprofit of his choice. He has not decided which organization yet.

“The reason why I am saying this is because we, here, with karaoke, myself and everyone in this room, do not support anti-Semitism or racism, and do not support bigotry, and neither does Millcreek,” Bandy says under the fluorescent glow from the stage lights.

“This is hopefully something that will never happen again. It’s not going to. That’s why I’m here. And I’m just going to let everyone know in this room.”

Bandy sang “I Dreamed a Dream” from Les Miserables.

This story has been updated to show the correct spelling of Vashti Bandy's name.