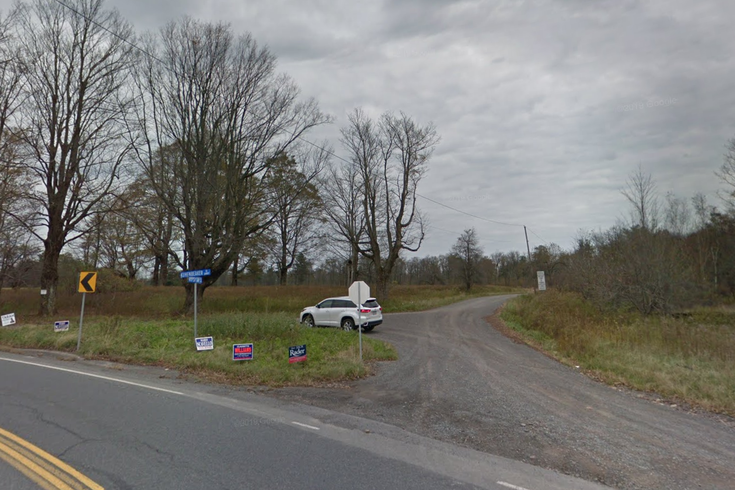 The intersection of Hypsie Gap Road and Kuhenbeaker Road in Monroe County.

State police said the skull was found on March 20, according to WNEP, and more than 20 people spread out across the wooded area Wednesday as authorities expanded the investigation.

State troopers, the Monroe County coroner, and graduate students from Mercyhurst University all contributed to the search team efforts along Hypsie Gap Road in the area, according to WNEP.

#BREAKING: Authorities say a human skull was found in the woods near Long Pond last Wednesday. Today, Newswatch 16 found more than a dozen State Troopers and special forensic units searching the woods. Troopers don’t know if the skull is a man or woman. @WNEP pic.twitter.com/WaYkjDEhsz

Trooper David Peters told WNEP that state police don’t believe there is any danger to the public, and that the wider search on Wednesday was mainly about gathering more information.

When the skull was first discovered last week, Peters said, officers used cadaver dogs to search the area and a forensic unit conducted a preliminary search.