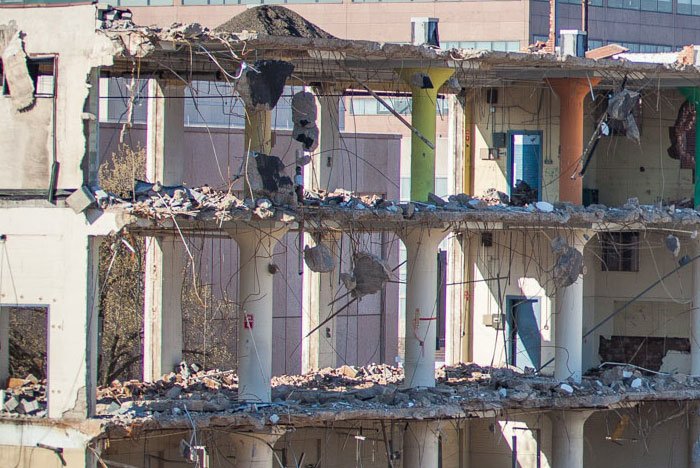 Philadelphia’s robust construction industry, fueled by the city's abundance of affordable properties, is being plagued by a wave of unscrupulous developers – many from out-of-town – who cheat the city out of millions of dollars annually in unpaid license and permit fees, as well as Payroll Taxes and City Wage taxes. They cheat the city out of taxes by misclassifying workers as "1099 Independent Contractors" and paying workers cash under the table. The problem exists nationwide, but is particularly bad in Philadelphia because we remain a hot real estate market for residential and commercial developers. The City Department of Licenses & Inspections does what it can to prevent these transgressions, but is under-staffed and cannot adequately police so many rogue developers.

These rogue developers also are compromising the safety of their work force, nearby residents and the prospective tenants of their construction projects. Within the past year, there’s been a spike in dangerous building collapses on city construction sites. To bring further awareness to this issue, IBEW Local 98 produced a video, title " The Underground Economy," which shows a number of dangerous building collapses caused by unsafe, untrained developers. The majority of the developers implicated in these dangerous incidents were found to be without permits and/or under-permitted. Local 98's investigation and video evidence shows how the workers in the underground economy are being taken advantage of without any OSHA training or any type of safety training at all. There is no one on these job sites capable of protecting these workers.

The damage the "Underground Economy" is inflicting upon the city is not just physical. Construction workers in the city's “Underground Economy” are being paid nowhere near the established area wages. Benefits are also largely non-existent. There are construction foremen on electrical jobs making just $16 an hour with little to no benefits. The greedy owners and developers are cutting every imaginable corner to increase their profits on the backs of workers and at the expense of city government.

The amount of revenue the city is losing annually due to uncollected license fees, permit fees, payroll taxes and Wage taxes is staggering. There have been studies that show Philadelphia alone loses $25-30 million annually and other studies that show the country loses $450 billion to these tax evaders. Developers, who are the creators and active participants in the “Underground Economy,” are guilty of crime.

If anyone of us don’t pay our taxes, we'd be fined and possibly sent to jail. Something needs to be done now because ignorance is not an excuse and we can no longer ignore this increasingly dangerous and financially debilitating situation.