If you wash or rinse raw poultry, the USDA has an important warning for you

Don't do it. Your risk of foodborne illness increases 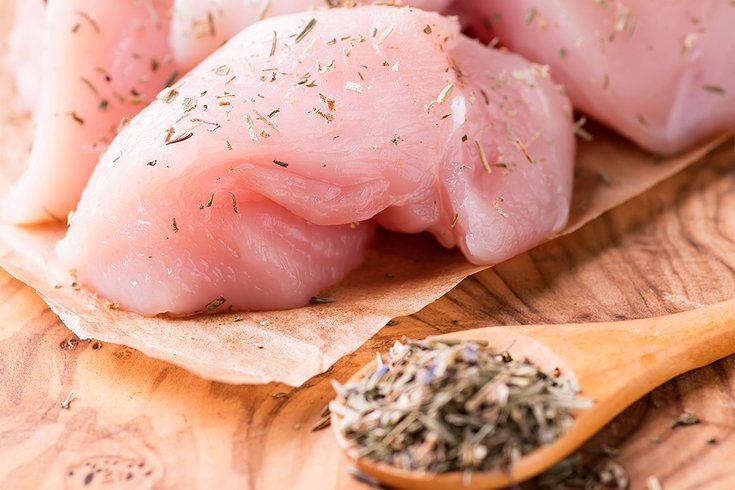 Washing and rinsing poultry increases your risk of getting foodborne illness, according to the USDA.

People who wash or rinse raw poultry as part of meal preparation are putting themselves at greater risk of foodborne illness.

An observational study conducted by the U.S. Department of Agriculture showed that bacteria is easily spread when surfaces are not effectively cleaned and sanitized.

Cut your risk of foodborne illness by preparing foods that will not be cooked, such as vegetables and salads, BEFORE handling and preparing raw meat and poultry.

• 26 percent of participants who washed transferred bacteria from the raw poultry to their ready-to-eat salad lettuce.

Thoroughly clean and sanitize all surfaces that have potentially touched or been contaminated from raw meat and poultry, or their juices.

• Of the participants who did not wash their raw poultry, 31 percent still managed to get bacteria from the raw poultry onto their salad lettuce, the cross-contamination likely due to a lack of effective handwashing and contamination of the sink and utensils. Two simple practices can cut down on that cross-contamination: clean sinks and countertops with hot soapy water and then apply a sanitizer, and wash hands immediately and thoroughly (at least 20 seconds with soap) after handling raw meat and poultry.

COOK TO A SAFE TEMPERATURE

Destroy bacteria that can cause illness by cooking meat and poultry to a safe internal temperature as measured by a food thermometer.

USDA notes that washing, rinsing, or brining meat and poultry in salt water, vinegar or lemon juice does not destroy bacteria. To remove something from your raw poultry, pat the area with a damp paper towel and immediately wash your hands.

According to a U.S. Centers for Disease Control and Prevention estimate, millions of Americans are sickened by with foodborne illnesses each year, resulting in about 128,000 hospitalizations and 3,000 deaths.

Foodborne illness is "an infection or irritation of the gastrointestinal tract caused by food or beverages that contain harmful bacteria, parasites, viruses, or chemicals," according to stopfoodborneillness.org. Symptoms include vomiting, diarrhea, abdominal pain, fever, and chills.