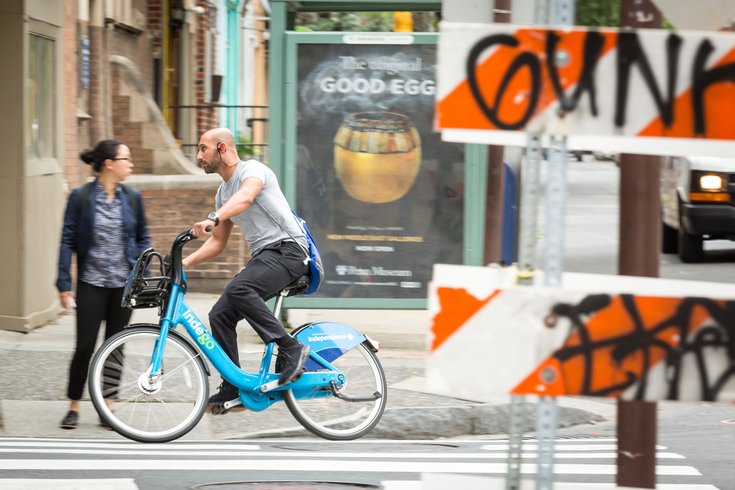 The Indego bike-share system is poised for greater expansion and new options as the City of Philadelphia looks to grow the service in 2019 and beyond.

Indego currently has more than 120 bike stations throughout the city and 1,200+ bikes. City officials announced Thursday that Indigo will expand further as part of the CONNECT Transportation Plan, which also includes goals for other transportation initiatives such as Vision Zero, improved transit, and congestion management, among other goals.

“The Indego program is a great example of CONNECT values in action; it’s transportation that is making our city more livable, more competitive, and with unwavering focus on safety and equity,” said Mike DiBerardinis, managing director for the City of Philadelphia, in a statement.

Indego is a public program owned and managed by the city, and maintained and operated by a local company, Bicycle Transit Systems. Revenue supports the program's operations and expansion.

The strategic vision lays out the next five years for Indigo, including doubling the current system to more than 250 stations by 2024 by improving service in the current network and adding stations in another 15 square miles of the city, according to the report.

Though Indego prides itself on its reportedly diverse ridership, claiming to have a more diverse ridership than any other bike-share program in the country, the city seeks broader outreach and accessibility across the city. Its plan outlines goals to achieve better rider retention and long-term ridership.

Indego also plans to look at new technology in the years ahead. Dockless bike share, which does not require a docking station and instead depends on the riders' technology, is one avenue for Indego to look toward, while the plan also notes a movement toward other technology such as electric-assist bike share, or e-bikes.

The city will begin releasing regulations for dockless bike share for public comment in early November. We can expect to see dockless bikes operating in Philadelphia by spring of next year.