Dr. Ruchika Talwar sent an email and a tweet last week requesting donations to help send medical supplies to India, which is facing the worst COVID-19 outbreak in the world.

Her effort helped spark a fundraiser that has raised nearly $500,000 to ship badly-needed oxygen concentrators to India. The first shipment arrived Thursday.

Daily coronavirus cases have exceeded 300,000 in India since mid-April. On Wednesday, they hit 412,000. That surge has overwhelmed hospitals, which are running out of various supplies, including oxygen and hospital beds, as they are flooded with new patients.

Talwar, 28, a urologic surgery resident at Penn Medicine, started the fundraiser along with her mother, a New Jersey doctor who grew up in New Delhi, and her mother's medical school classmates.

She told CNN that she was frustrated by the number of people and the lack of medical supplies. She began the fundraiser using only her phone, reaching out to friends and family to ask for donations.

"Where is the support there?" Talwar said. "How are we using WhatsApp sitting here in New Jersey and Philadelphia? It's just beyond me that they have to reach internationally just to get beds in their home town."

The fundraiser gained so much attention that Penn Medicine set aside $50,000 last week for the cause. That money was matched by the Penn community in only six hours.

Dean Larry Jameson shares a message of thanks to those who stepped up to the challenge from him and UPHS CEO @kevinbmahoney with incredible generosity. pic.twitter.com/CEuvvgFRyA

The funding has just kept growing. More than $374,000 has been raised through GoFundMe. Talwar has provided updates on her Twitter and Instagram accounts.

The fundraiser has sought to send oxygen concentrators to hospitals to six cities: Delhi, Mumbai, Ahmedabad, Lucknow, Bangalore and Kolkata. The first shipment was sent four days ago.

The lack of oxygen in Delhi is so bad that India's Supreme Court ordered the government to release an emergency response plan outlining steps for improvement. The surging number of cases — and the increasing severity of them — continues to place higher demands for oxygen, CNBC reported. 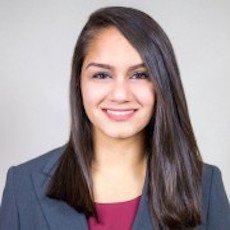 Some Indian leaders say that the problem is driven by a lack of supplies, but others say it's a matter of distribution difficulties.

Siddharth Jain, director of Inox Air Products, a medical gas manufacturer, said oxygen is mostly produced in the country's western and eastern states. But they are less populated and do not need as much oxygen.

"There certainly is plenty of oxygen available," Jain told CNBC. "It's just that we have to get the logistics right. It’s available in parts of India, which are far away from the parts of consumption."