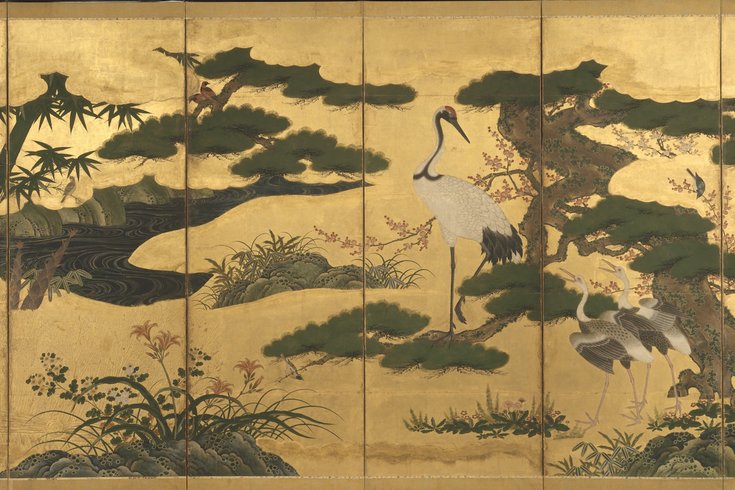 Read More
The city's art lovers should be rejoicing right now: the Philadelphia Museum of Art opened its latest exhibit, "Ink and Gold: Art of the Kano," Monday, Feb. 16. The exhibit takes a look at the legendary Kano family and school of artists in the first major show dedicated to their work outside of Japan.

The Kano name established itself as an arbiter of fine art and painting in 15th century Japan. Patriarch Kano Masanobu founded this school, later training his sons in his techniques and opening a rigorous academy to teach others. Over the course of Kano's hundreds of years dominating the standards of Japanese art, the family dynasty produced many artists, including some that married into or were adopted by the family.

The Kano style is distinguished by its use of ink drawing and gold leaf. The exhibit includes over 120 pieces of art, including large-scale gold-leaf screens, hanging scrolls and ink paintings.

PMA's presentation of "Ink and Gold" is an incredible opportunity for Philadelphians. The exhibit will only be shown here, and the last time an exhibit was dedicated to the Kano school was in 1979 in Tokyo. Since the pieces being shown are light sensitive, they'll be presented in three rotations, which creates a repeatable, in-depth exhibit experience. Patrons can visit all three rotations for a special $25 price.

Ink and Gold: Art of the Kano