There will be inspiring environmental docs and epic high seas adventures 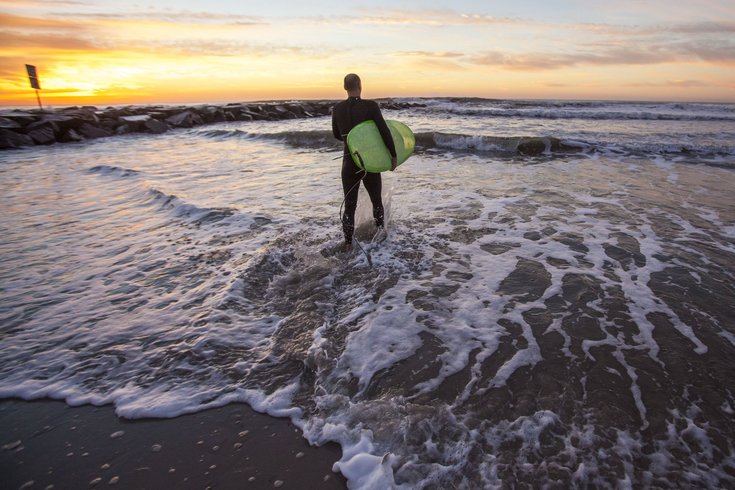 Join hosts Philadelphia Environmental Film Festival and the Academy of Natural Sciences of Drexel University for a fun-filled evening of ocean films.

Currently, there's lots of talk about plastic pollution in the ocean and what efforts we can take to save our seas.

It's a hot topic, making the arrival of the International Ocean Film Tour in Philadelphia this month extremely timely.

On Thursday, Sept. 27, six short films totaling 120 minutes will be screened at the Academy of Natural Sciences. Some will highlight the beauty of the water, others will touch on conservation and a few will show amazing water sports – each will depict an epic ocean adventure.

RELATED: All the big-name performers coming to Philly in September and October | Two sunscreen ingredients you might consider avoiding if you're concerned about the oceans | Plastics may be causing penis defects, researchers say

Below is the lineup, with a description of each film provided by the International Ocean Film Tour.

Kai Lenny – kitesurfer, windsurfer and big-wave, tow-in and stand-up paddle surfer – is aptly described as a total waterman. The 25-year-old Hawaiian, who stepped on a surfboard for the first time at the age of five, is regarded as an exceptional talent. In "Paradigm Lost," he shows us the ultimate water sports action in a variety of disciplines and in the best spots worldwide.

An ode to waves. Morgan Maassen plunges under the water with his high-contrast, slow-motion camera to show us the world, the waves and the sea from a new perspective. "Water II" is Maassen‘s visual declaration of love for his muse, the sea.

Despite being in his landlocked homeland, Swiss sailor Yvan Bourgnon dreams big. He embarks on a solo trip around the world in his cockpit-less catamaran. No protection against the elements, no crew, and 55,000 kilometers of open water ahead. On his 220-day journey, Bourgnon faces storms, pirates and polluted seas.

The pitch-black sea, 26 kilometers off the Tasmanian coast, forms a wall of water near the Pedra Branca rocks. These rocks cause massive, powerful swells that windsurfers have never before even attempted. One wipeout would almost certainly mean serious injuries, and possibly death. Still, Alastair McLeod wants to take the risk. We follow this exceptional windsurfer on his mission to tame  his own "private monster."

Off the coast of Mozambique, a pristine and dazzling treasure chest await: one of the oldest coral reefs of the planet. But this paradise of biodiversity is under threat. Coral bleaching is a warning sign of global warming. "Vamizi" takes us into the fascinating world of coral reefs and shows what we can protect by establishing "hope spots."

Big wave surfing in Portugal: The name "Nazaré" makes all surfers' hearts beat faster. This small fishing village on the Atlantic coast of Portugal has become synonymous with gargantuan mountains of water and massive waves. When the tide is high in Nazaré and sets of Atlantic storms roll onto shore, only the best surfers dare  to get in the water. Come aboard for a wild ride.