He and Lisa Liberati both worked on the M. Night Shyamalan hit. The 42-year-old actor says he considers this city a second home 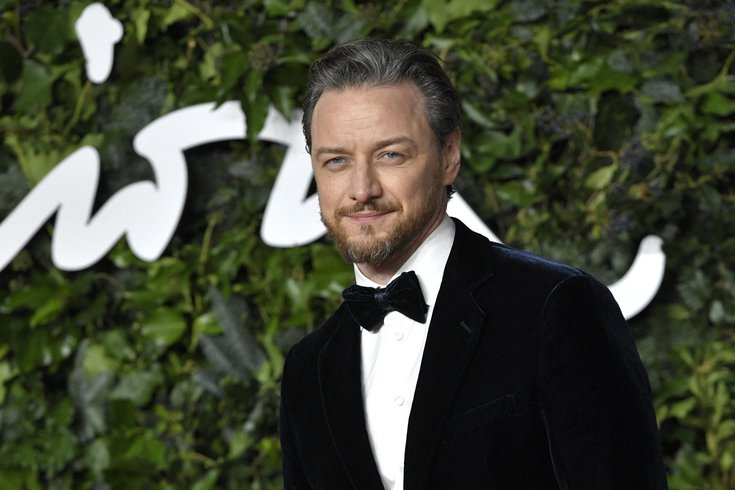 Actor James McAvoy and the 23 personalities he brought to M. Night Shyalaman's "Split" made him a favorite among audiences, which  already appreciated his roles in "Atonement" and Marvel's "X-Men" franchise.

"Split" also ultimately led to McAvoy finding love. In an interview with the Guardian last week, McAvoy confirmed he recently married Philadelphia-native Lisa Liberati, whom he first met on the set of the movie.

The middle film of Shyamalan's trilogy with "Unbreakable" and "Glass" was shot in Philadelphia and elsewhere in Pennsylvania. Liberati worked as Shyamalan's production assistant during the making of "Split," which was released in 2016, the same year McAvoy and ex-wife Anne-Marie Duff divorced. A couple years later McAvoy and Liberati began dating, he said.

Asked if this all makes him a Philadelphian, by marriage, the 42-year-old Scottish actor replied, "Yeah, it’s like a second home for me."

Liberati's other film credits include production work on Roger Donaldson's "Species" (1995), John Erick Dowdle's "Devil" (2010), which is based on a Shyamalan story, and Shyamalan's "The Visit" (2015).

McAvoy declined to offer more details about his relationship with Liberati in order to, as the Guardian reporter put it, avoid "tabloid fodder." He has an 11-year-old son he is co-parenting with Duff, the award-winning British actress whom McAvoy met while working on the British version of the TV show "Shameless." They were married for 10 years.

McAvoy also broke out a Philly accent during a "Saturday Night Live" skit in 2019 and referenced his role in "Split" after former President Donald Trump famously said, "Bad things happen in Philadelphia," during a 2020 presidential debate with Joe Biden.

McAvoy reportedly has spent the entirety of the COVID-19 pandemic in Britain, where he has only taken on U.K.-based film and theater projects. He's currently reprising a past role in a remake of Edmund Rostand's drama "Cyrano de Bergerac," which is playing in London and Glasgow before it comes to the Brooklyn Academy of Music from April 5 to May 22.

NOTE: Changes were made to the headline and other portions of this article after it was originally published.