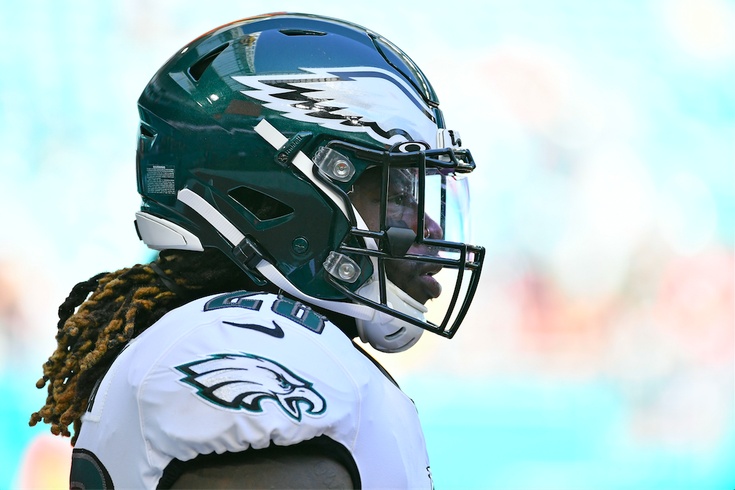 Jay Ajayi has joined the Philadelphia Union as their eMLS esports pro gamer. Ajayi spent parts of each of the last three seasons as a running back for the Philadelphia Eagles, including the 2017-18 team that won Super Bowl LII.

Former Philadelphia Eagles running back Jay Ajayi is taking his gaming skills to the Union, the MLS club announced on Tuesday.

Ajayi, 26, will become the first NFL player to transition into professional gaming as he represents the Union during the 2020 eMLS Cup campaign.

"Jay has the fight, grit and winning mentality that Philadelphia is known for, and it quickly became clear to us that his love of the city, soccer, and gaming made him a great fit for our esports team,” said Doug Vosik, chief marketing officer for the Union. “The Philadelphia Union is a leader and innovator in eMLS and has a decorated past, having brought home the League Series 1, League Series 2, and eMLS Cup trophies last year. Signing Jay is another groundbreaking move in eMLS and we are excited to see what he can do."

A London native, Ajayi grew up a soccer fan and has played FIFA games for years on online streams and YouTube shows.

"Philadelphia will always hold a special place in my heart," Ajayi said in a statement. "I am blessed to be able to represent the city through esports and to be one of the first pro athletes to become a professional gamer. Representing the Philadelphia Union for eMLS combines two of my greatest passions outside of football, soccer and gaming. I’m a competitor, so you’re going to see me give my all for the Union at every eMLS event this year.”

Ajayi will make his debut for the Union at the eMLS League Series One in Philadelphia on January 10. The competition, presented by PlayStation, will feature 25 of the best professional FIFA 20 gamers in the world.

Ajayi was part of the 2017-18 Eagles team that won Super Bowl LII. The following season, he suffered a torn ACL and missed the rest of the year. He returned to the Eagles this past season for a few games to fill in for the injured Jordan Howard.

It's unclear whether Ajayi will make his way back to the NFL, but he may well have a bright future as a professional gamer.