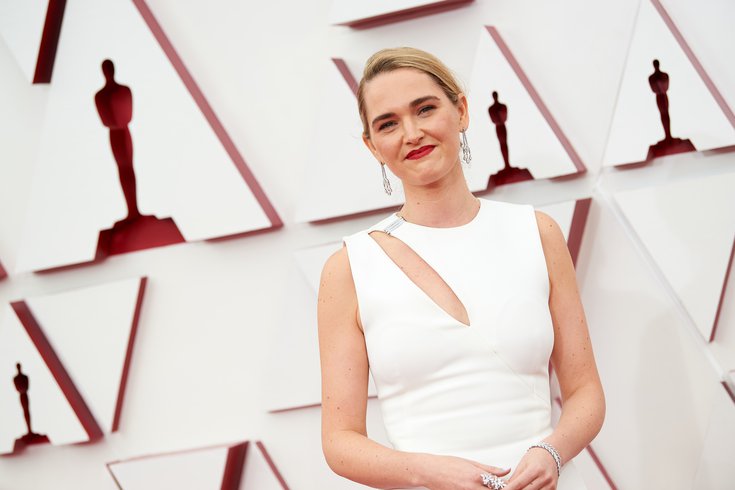 Comedian Jena Friedman will do a stand up set at Underground Arts at 9 p.m. on Thursday, March 3.

Comedian Jena Friedman's standup rarely fails to elicit laughs, but the topics she touches on often aren't a laughing matter. She has made a name for herself bringing a sense of levity to heavy issues like crime, sexism and American politics.

The Haddonfield native, nominated for an Academy Award last year for her work on "Borat 2," will be performing her standup set at Underground Arts next week.

"The show is an hour of dark, feminist stand up comedy that I am working out for a (special) I am planning to tape for a streaming service in June," Friedman said.

She couldn't say which streaming service it was or when it will come out, but she does know that every show on this tour will change a little bit as she fine-tunes her set.

"At the moment it’s a blend of personal jokes and political comedy about the past few years," Friedman said.

She will touch on a wide range of topics including everything from gender and reproductive rights to technology and conspiracy theories.

Although Friedman has been doing standup since the beginning of her career, she's probably best known for her many roles in TV – both in front and behind the camera.

Her most recent show "Indefensible," which was produced by AMC Studios for Sundance TV, features Friedman traveling the country delving into true crime stories through in-depth interviews.

While bringing comedy to the world of true crime is already a unique angle, the show sees Friedman push the genre beyond its usual limits by drawing broader conclusions about the criminal justice system and violence against women.


Before her project with AMC, the seasoned interviewer worked behind the scenes on "The Daily Show with Jon Stewart" and "The Late Show with David Letterman." She was then brought on at Adult Swim to create two episodes of "Soft Focus with Jena Friedman."

Her two specials with the late night comedy block were focused to a large degree on the sexual misconduct women are subjected to on college campuses and in online video games.

For the show, Friedman interviewed Gilberto Valle, a former New York City police officer who was fired and briefly jailed after plotting to kill and cannibalize his wife and other women. She also talked with John McAfee, a zany coder who made a fortune off the security software named after him in the 1990s. He often captured the public eye before he mysteriously died in Spain last year.

Friedman said the show came about in the aftermath of Adult Swim being publicly called out for the striking gender imbalance within its staff and the sexism that reportedly arose as a result. There are no plans for a third installment at this time.

The show at Underground Arts is a homecoming, of sorts, for Friedman, who said she had a "great upbringing" in Haddonfield. She played tennis and ran track at Haddonfield Memorial High School.

Friedman recently attended a virtual high school reunion where she told her classmates about the next week's show. Some of them are planning to attend, which she said makes her a little bit nervous.

"I've never been a performer that wants their friends and family to see them," she said. "My mom, who is now finally cool with the fact that I'm a comedian and my biggest fan, has still never seen me do stand up live."

Friedman said many of her classmates are likely surprised she ended up becoming a professional comic. She was never the class clown and didn't take an interest in the art until her final year at Northwestern University in Chicago, where she studied anthropology.

In Friedman's senior year, she had to spend two semesters embedded in a specific community to study them; she chose Chicago's female improv comedians. Improv is particularly popular in Chicago, with many famous comedians getting their start there, including the likes of Tina Fey and Stephen Colbert.

Friedman got hooked, but she graduated not long after that and briefly began working as a healthcare consultant. The job entailed a lot of travel, which meant she could no longer commit to her improv team's rehearsal schedule.

But Friedman's itch to perform wasn't gone, so she started writing stand up and performing her set wherever she could. She eventually left her day job to pursue a full-time career in comedy.

Friedman will perform at Underground Art, 1200 Callowhill St., at 9 p.m. on Thursday, March 3. Tickets are $20 and can be purchased online; guests must be 21 to attend.