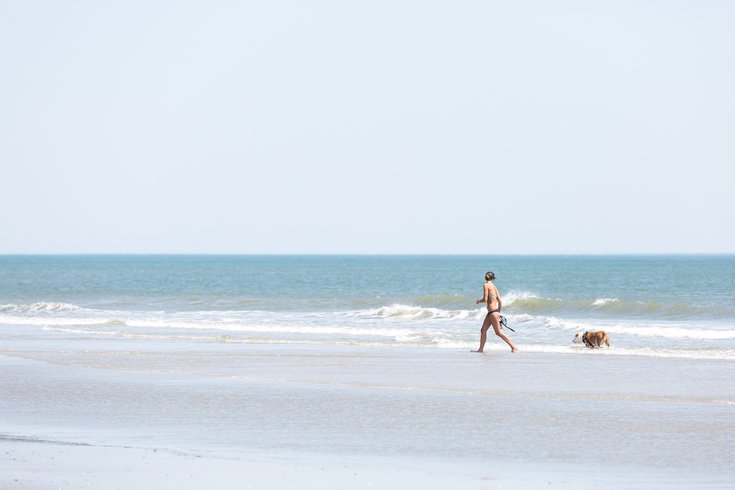 A 60-year-old man drowned while swimming with his 24-year-old son Monday at the Jersey Shore. Rough currents caused by Hurricane Paulette are expected to continue through Tuesday night.

Jersey Shore beachgoers are being warned to stay out of the ocean after a 60-year-old man drowned in rough waters off an Ocean County beach and several others needed rescued.

The drowning victim and his 24-year-old son were pulled from water near the Vance Avenue beach in Lavallette around 11:30 a.m. Monday after struggling in rough surf, the Asbury Park Press reported. Their identities have not been released.

There is a high risk of strong rip tides along the Jersey Shore through at least Tuesday night as a result of swells caused by Hurricane Paulette, the National Weather Service said. The category two storm is near Bermuda, but its impact is reaching the East Coast.

The Seaside Park Volunteer Fire Company No. 1 reported responding to at least six water rescues Monday, including the Lavallette rescue. Some of the rescued swimmers were hospitalized.

We implore everyone to PLEASE STAY OUT OF THE OCEAN. We ran 6 water rescue calls yesterday in less than 4 hrs along with @seasideheightsfiredept and @triboroems_40. One man died & several others were hospitalized. DANGEROUS RIP CURRENTS AND HIGH SURF ARE EXPECTED TO CONTINUE. pic.twitter.com/mmUnYheVlJ

Beachgoers in Massachusetts and Rhode Island are also being warned to stay out of the water due to unsafe swimming conditions.