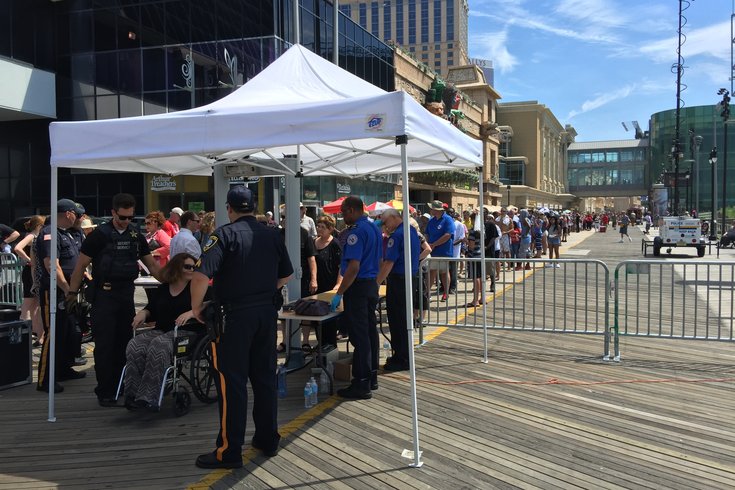 Hi, everyone! How was your weekend? Great, I hope. Mine was.

We went to Deep Creek Lake, Md. and enjoyed its 69 miles of shoreline by hiking, cruising around on a boat, stopping by the world famous Honi-Honi Bar and, on the way home, dining at a Waffle House.

Highly recommended. All of it.

16. North Wildwood (-16) The It’s-Always-Sunny bump lasted a mere week. That this town is home (whether permanent or vacation) to an American flag thief bodes poorly for its chances at recovery. Also, stop harassing children with cerebral palsy. Realest talk.

12. Margate (+2) and Wildwood (-1) These two spots canceled their Fourth of July fireworks shows on account of inclement weather (see here and here). That’s sad for people who rented the high-profile weekend hoping to celebrate American independence amid sea air. The stain of this decision will soon lift, though, as they rescheduled patriotic pageantry for this past weekend.

9. Brigantine (even) Still getting emails about this city, which will soon find upward momentum courtesy of a story coming soon to PhillyVoice. No spoilers, but stay tuned!

5. Wildwood Crest (even) But if these stenches aren’t dealt with posthaste, Crest could take a tumble.

4. Sea Isle City (-4) This marks the first time since the definitive power-rankings list’s inception that SIC did not hold the top spot either by itself or in a shared situation. But that was before the SICPD came correct with word that it’s grappling with issues of “crowd conduct and behavior, beach curfew, bike violations, open containers and underage possession and consumption of alcohol.” There was also an armed robbery. This is troubling to say the least. Sea Isle’s got itself some work to do to return atop the pack.

3. Avalon (-2) Renegade skateboarders are taking over.

1. Strathmere (+8) As the Deep Creek Lake weekend came to a way-too-early close, the crew settled on Strathmere as the likely setting of next year's gathering. Because it's quiet and good and family-friendly. If that doesn't scream "Top of the Definitive Jersey Shore Town Power Rankings List," I know not what does.