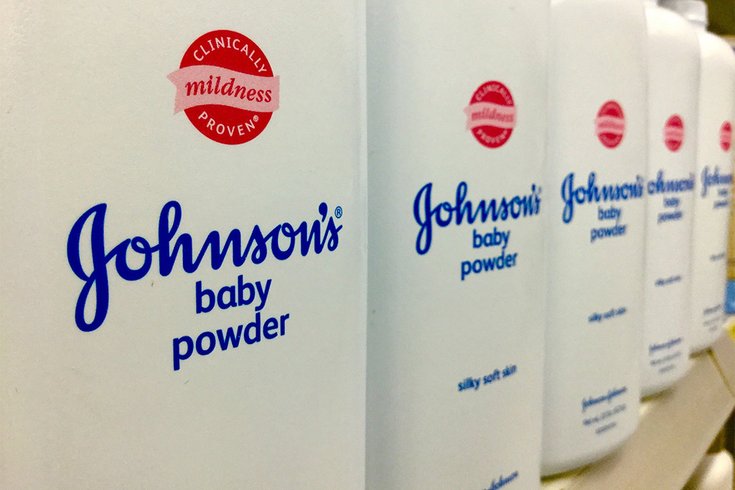 Johnson & Johnson failed to disclose that its baby powder sometimes tested positive for small amounts of asbestos from at least 1971 through the early 2000s, according to Reuters.

Documents examined by the news agency revealed a litany of J&J officials knew about the problem for decades. But they failed to disclose it to regulators or the public.

The pharmaceutical company, based in New Brunswick, New Jersey, was compelled to share the documents with the lawyers of more than 11,700 people claiming the company's talc products caused them to develop cancer. The plaintiffs include thousands of women with ovarian cancer.

In 1976, J&J reportedly told the U.S. Food and Drug Administration that asbestos was not detected in any samples of talc produced between December 1972 and October 1973. But the company did not disclose that at least three tests by three separate labs found asbestos in its talc between 1972 and 1975.

At other times stretching into the early 2000s, company scientists, outside labs and J&J's supplier found similar results.

In reviewing the documents, Reuters found that most internal J&J testing did not find asbestos. But the company's testing methods allegedly included limitations that enabled trace amounts to go undetected. Additionally, only a small portion of the company's talc is tested.

Peter Bicks, an attorney representing J&J in litigation, told Reuters that the positive test results were outliers, saying Johnson's Baby Powder does not contain "minute, undetectable amounts of asbestos." He added that "the scientific consensus" is that the product "does not cause cancer, regardless of what is in that talc."

Asbestos is a commercial name given to a variety of six fibrous minerals that possess high tensile strength, flexibility and resistance to chemical and thermal degradation, according to the Centers for Disease for Control and Prevention. People exposed to asbestos have developed several forms of life-threatening diseases, including lung cancer and mesothelioma.