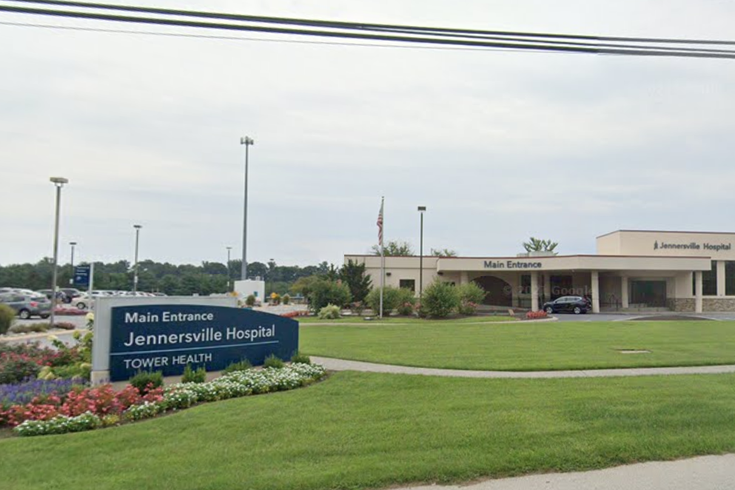 Tower Health has been ordered to restart the process of selling Brandywine and Jennersville hospitals in Chester County to Canyon Atlantic Partners after the health system terminated an agreement in December.

Brandywine and Jennersville hospitals in Chester County could reopen to patients in the near future after a judge ruled Monday that Tower Health's decision to terminate an agreement to sell both facilities was "null and void."

After Tower Health canceled the $16.5 million deal in December, Canyon Atlantic filed an injunction to prevent Tower from walking away from the agreement.

Griffith wrote in his 10-page ruling that Canyon Atlantic's request was "justified" and that allowing Tower Health to close the hospitals would harm Canyon Atlantic and the local community.

"The harm to Canyon is substantial," Griffith wrote. "Absent enforcement of the agreement, Canyon will lose this opportunity forever. No harm is suffered by Tower Health if the relief sought by Canyon is entered.

Tower Health and Canyon Atlantic now have 90 days to finalize a sale agreement. Canyon Atlantic has permission to access the hospitals and all relevant documents regarding the sale of each facility. The Austin, Texas-based health care company must also post a $10 million bond within the next 10 days. Tower Health must "maintain and preserve" the hospitals' physical settings while the sale is finalized.

It is unknown if Tower Health will appeal the decision. The health system said it is currently reviewing the judge's ruling. Tower argued in hearings earlier this month that the injunction was invalid and said Canyon Atlantic waited too long to file it.

"Tower Health finds itself in the position it is in because of its own conduct," Griffith wrote. "Given this history, Tower Health cannot now be heard to say, with its unclean hands, that the entry of an injunction against it is unjust."

Tower Health agreed in November to sell Brandywine and Jennersville hospitals to Canyon Atlantic, a company that specializes in hospital ownership and management organization. Canyon had agreed to assume control of the hospitals in January and keep them open as acute care facilities.

But Tower terminated the deal in December, saying at the time that Canyon Atlantic "has not been able to demonstrate that it is capable of making an effective transfer of ownership and operation of these two hospitals."

The move to close both hospitals was strongly rebuked by local health and elected officials, who argued that it would make it more difficult for Chester County residents to access reliable medical care and put many people out of work.

Tower Health purchased the hospitals from Community Health Systems in 2017 in an effort to expand its reach into Southeastern Pennsylvania. The $423 million deal also included buying Chestnut Hill Hospital in Philadelphia, Pottstown Hospital in Montgomery County and Phoenixville Hospital in Chester County.

Tower Health's downsize will leave the health system with half as many hospitals in the Philly region.

Tower Health has lost more than $658 million over the last two fiscal years, and it wrote off $370 million in value of its hospitals in 2021.