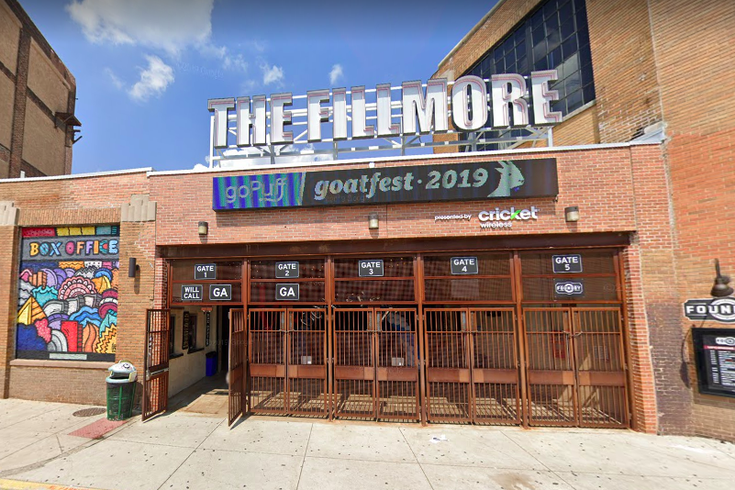 XPN's Kanaval Ball arrives at The Fillmore on January 9, and features performers from Haiti and New Orleans in a celebration of music and culture. Tickets are free with advanced registration.

WXPN is bringing the excitement of Haitian Carnival and Mardi Gras to Philadelphia this month, as part of their year-long project exploring Haiti's influence on New Orleans.

The public FM radio station is hosting an indoor festival called the "Kanaval Ball" at the Fillmore on Sunday, March 20. The night of music and cultural celebration will honor Haitian traditions with jazz performances, folk dancing and two live DJ sets.

RELATED: For those observing Dry January, here are some Philly bars and restaurants serving alcohol-free mocktails

“Kanaval Ball will bring the joy and celebratory spirit of Haitian Carnival and Mardi Gras...with performances from amazing musicians from both Haiti and New Orleans,” WXPN General Manager Roger LaMay said in a press release. “Attendees will experience the mission of our Kanaval project: to illuminate Haiti’s continuing impact on New Orleans music and culture.”

In early 2021, WXPN produced a documentary entitled "Kanaval: Haitian Rhythms and the Music of New Orleans," which was later distributed by NPR. The documentary is hosted by Haitian-American and New Orleans-based musician Leyla McCalla, who was the lead cellist of string band The Carolina Chocolate Drops and is now performing as a solo artist.

The three-hour long special tells the story of Haiti's history and the influence it has had on New Orlean's rich music and culture. The first two-hours are available to stream.

Attendees are encouraged to wear costumes to the event, but they are not required.

The lineup of performers includes the Preservation Hall Jazz Band, who will make a stop at the Fillmore following a performance at Brooklyn Bowl on Jan. 8.

Other performers include two Haitian bands – RAM and Boukman Eksperyans – both based out of Port-au-Prince. The groups will perform their signature roots melodies, which have grown popular in Haiti thanks to a modernization of 1970s "mizik rasin" music.

The show will be opened by Nadia Dieudonne & Feet of Rhythm, a New York-based Haitian folklore dance company.

Creating conversation about the connection between Haiti and New Orleans is what it's all about. Join us for #XPNKanaval Ball on Jan 9th, with a performance from @PaulBeaubrun and more! https://t.co/5c3nsY8oSq pic.twitter.com/k6ulyKwev3

Previously, the Fillmore required all guests to present either a negative COVID-19 test or a vaccination card before entering the venue. However, as Philadelphia's vaccine mandate for indoor dining went into effect on Jan. 3, all guests must now present proof of vaccination.

Guests are expected to be masked at all times unless actively eating or drinking, according to The Fillmore's website.

Tickets are free with advanced registration, and the event is safe for all ages. There is a two-ticket limit per email address used to register for the event.

The show, originally scheduled for Jan. 9, has been postponed until the end of March, according to a statement released by WXPN on Jan. 5.