Kathleen Turner back on stage: 'I like to take chances' 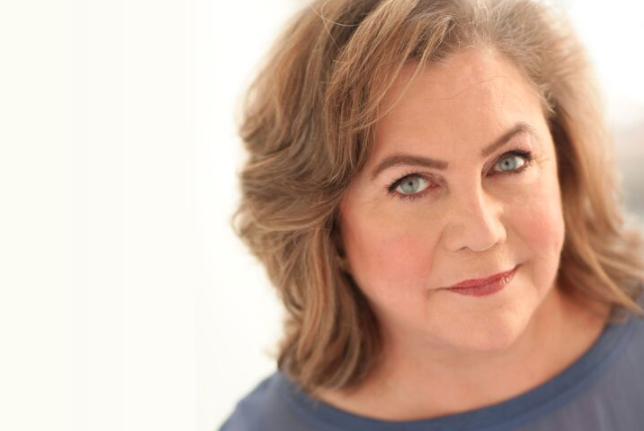 “I had my share of great and crazy times," Turner said.

“It sings,” Turner said while calling from her Manhattan apartment.

The star of 1984’s “Romancing the Stone,” 1985’s “Prizzi’s Honor” and 1988’s “The Accidental Tourist” is referring to her voice. Turner will belt out classic songs, such as “Since I Fell For You” and “On the Street Where You Live” and deliver anecdotes during the aptly titled cabaret show, “Finding My Voice,” when she performs Monday at Philadelphia Theatre Company's Suzanne Roberts Theatre.

“That movie hit me the hardest,” Turner said. “It was so sad and my daughter [Rachel Ann Weiss] was about to become a teenager when I was making that movie. It was brilliant work by [director-writer] Sofia Coppola. It wasn’t easy portraying that mother, but I always want to take chances. What’s the point of playing the same role again and again?”

Turner, who possesses a robust laugh, chuckled when looking back at sharing the screen with such stars as Michael Douglas, Jack Nicholson and William Hurt.

“I had my share of great and crazy times," Turner said.

“I had so much fun in movies with Michael [Douglas] and Danny [DeVito]. It’s amazing that I survived 'Romancing the Stone' with them. I left that movie with a few stitches.”

That’s nothing compared to what happened to Turner and Douglas while filming the sequel, 1985’s "Jewel of the Nile."

“I was in a plane with Michael Douglas in Morocco,” Turner said. “We were coming back from a shoot while filming 'Jewel of the Nile.' When we flew into Fez, the pilot nearly overshot the runway since the landing lights were shut off. That was about as frightened as I’ve ever been.”

It’s amazing that I survived 'Romancing the Stone' with them. I left that movie with a few stitches.”

Turner had another white-knuckle experience when her hands swelled up after she appeared in "Serial Mom.” She worried about her career and life after she was stricken with debilitating rheumatoid arthritis.

“That made things very difficult,” Turner said. “It was crippling, and I realized that I took simple things for granted.”

Fortunately, Turner’s arthritis went into remission she appeared in “The Virgin Suicides” in 1999. She hit the stage in 2000 earning raves playing Mrs. Robinson in “The Graduate” in London’s West End. Turner has made some noise in television, too. She played the gay father of the character Chandler in “Friends,” and a libido-driven oddball in the David Duchovny vehicle, “Californication.”

“If it’s interesting, I’ll give it a shot,” Turner said. “That goes for the theater work and television I’ve done.

"It also goes for me singing in this show. I’m not afraid of anything. But I don’t have to say that. All you have to do is look at my body of work for proof of that.”