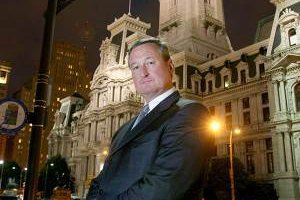 Philadelphia Mayor Jim Kenney will present a colossal plan next week to sell $300 million in bonds as part of a sweeping initiative to improve the state of public parks, recreation centers and libraries throughout the city.

The proposed bond sale, a concrete step toward Kenney's campaign focus on public infrastructure, would be Philadelphia's first municipal program of this magnitude since 2001, when former Mayor John Street launched a $295 million bond issue for the blight-fighting Neighborhood Transformation, according to Plan Philly.

In an interview Wednesday, Kenney suggested the proposal will meet a long-overdue priority to invest in Philadelphia's run-down parks and recreation infrastructure.

“We have neglected these structures for years,” Kenney said. “You’re fixing boilers with duct tape, and you’re worrying about the roof leaking onto the basketball floor and tearing up the floor … People struggle with trying to maintain their facilities while you’re running a football or baseball program and you’re playing on a dust bowl.”

Philadelphia's Department of Parks & Recreation currently runs on an annual budget of around $60 million, which sits near the bottom of the top ten American cities in terms of parks spending relative to population, according to the Kenny administration.

The proposed bond sale, which requires City Council and voter approval through a ballot question, would likely occur in three phases, said Philadelphia finance director Rob Dubow, who pointed to the city's improved bond rating as a positive mark for the plan. Alternatively, the bond sale could be conducted by the Philadelphia Authority for Industrial Development (PIDC) or another municipal authority. In either case, proceeds would be administered by city's managing director's office.

City officials indicated that spending through the program would be prioritized based on a combination of need and past investment rather than political advantage. To help distribute the funds, the Kenney administration plans to seek input from members of City Council and consult with communities about pressing needs at their local facilities.

If the initiative moves forward, it figures to become a signature policy of Kenney's first term as mayor, joined by related proposals to implement universal pre-kindergarten and introduce a community school system that provides on-site health services in communities throughout Philadelphia.