Kimmel Center CEO gets thumbs-up from board of directors

By Brandon Baker
PhillyVoice Contributor
The Arts Theater
from 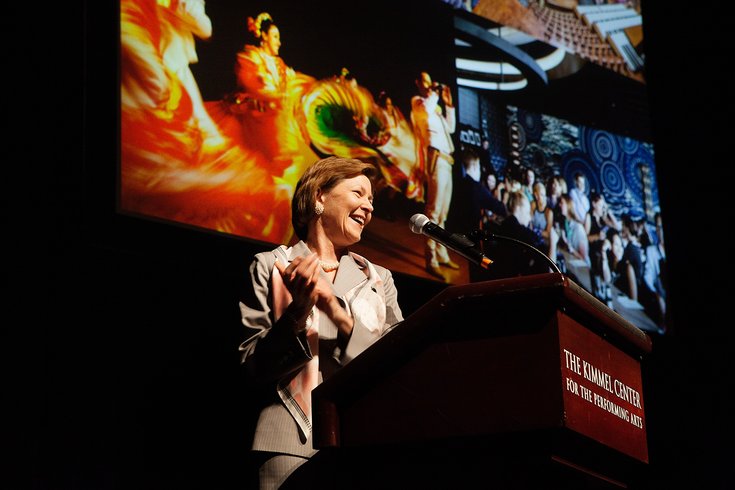 Anne Ewers, president & CEO of the Kimmel Center for the Performing Arts.

In a unanimous vote this week, the board of directors for the Kimmel Center voted to extend President and CEO Anne Ewers' contract through the 2019-20 season.

In a statement issued by David Holveck, chairperson of the board of directors, he noted Ewers' "excellent" fundraising record, the cultivation of the center's jazz residency program (truly a boon to the city's re-emerging jazz scene), the establishment of the Philadelphia International Festival of the Arts, as well as the center's current standing as the second-largest performing arts center in the country, behind the Lincoln Center in New York City, and most "impactful" performing arts center per capita, behind the Kennedy Center in Washington, D.C.

Ewers took on the role in 2007, notably lifting the center's endowment from $40 million to $72 million in her first year. Her most recent undertaking — aside from PIFA 2016 — was the ushering in of Jose Garces at Volver, as well as renovations to Verizon Hall that improved the theater's acoustics. Previously, she filled the role of president and CEO at the Utah Symphony and Opera.