King of Prussia to host its first Restaurant Week

Restaurant Week is (finally) making an appearance in King of Prussia. 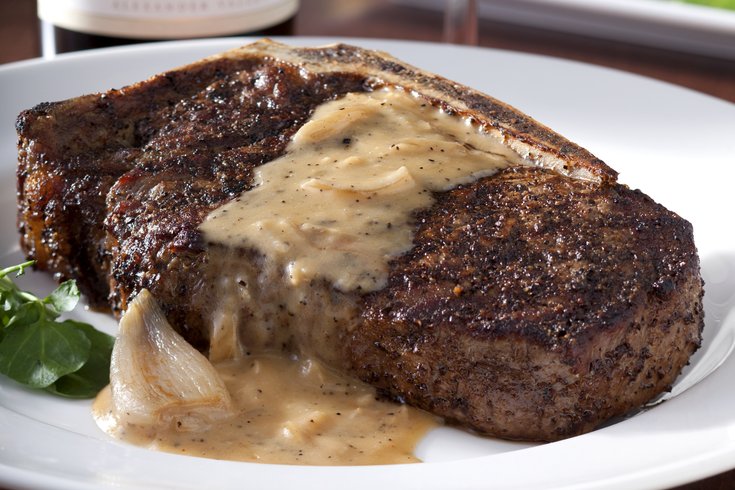 A kona crusted sirloin from The Capital Grille, one of 17 dineKOP participants.

While everyone else is worried about where they'll land for Philly's Restaurant Week later this month, the folks at the not-for-profit King of Prussia District are busy planning their own restaurant week.

The week-long special, which will run March 2-8 at (so far) 17 restaurants, is officially dubbed "dineKOP," but is Restaurant Week in all but name.

"We regularly work with restaurant owners through beer festivals, summer concerts, etc., so we've got this great working relationship with them, and a lot of them came to us in the past few months and asked if we would do a Restaurant Week that focus on KOP and the community in KOP," Brooke Hersh, director of marketing and communications for the King of Prussia District, told PhillyVoice.com. "We really want this to be a community event."

That community is growing -- and set to grow even more -- in KOP, as of the past few years. Eric Goldstein, executive director of the King of Prussia District, said there are more than 40 restaurants in King of Prussia today, with a Bonefish Grill location and a Cheesecake Factory Grand Luxe Cafe set to open soon at the King of Prussia Mall. To boot, he said, the mall is undergoing a 155,000-square-foot 2016-targeted expansion that will include more new restaurants, with a 250,000-square-foot overhaul of the Village at Valley Forge also underway, which will be a walkable, dense collection of high-end restaurants, bars and shopping. (It's worth emphasizing that Goldstein used the word "walkable" quite a few times in our conversation.)

In which case, it's no wonder why KOP's finally decided to pull the trigger on Restaurant Week.

"We're likely to see a pretty significant elevation in the KOP dining scene in the next two or three years," Goldstein told PhillyVoice.com. "The restaurant scene here is pretty phenomenal -- it's driven by the employee and corporate market during the week, and on the weekend, it becomes a major attraction for people on the Main Line. ... We've definitely been seeing an uptick [in restaurant attraction]."

Prix-fixe menu options are as follows: $10-20 for lunch, and $20-40 for dinner. Proceeds from dineKOP dinners will go to CHOP and its Summer 2015-slated Specialty Care Center, located on North Gulf Road.

You can find a handful of early menus here.

Stay tuned for more details as they become available.