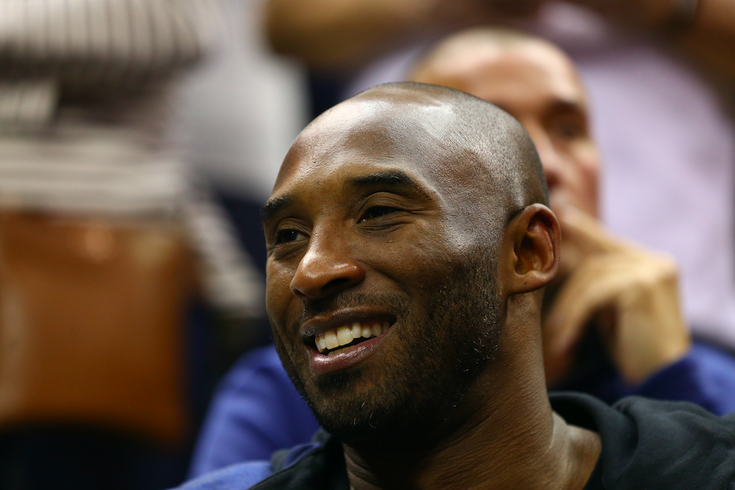 More than two years after burglars swiped Kobe Bryant memorabilia from a display case at Lower Merion High School, one of the future Hall of Famer's missing jerseys has been safely returned — from China.

Lower Merion police had launched an investigation in February 2017 when items of "sentimental importance" were stolen from a display at his Main Line alma mater. Bryant went went straight from graduating high school in 1996 to the NBA.

Authorities released surveillance photos of two suspects in the investigation, but still no arrests have been made.

A report from ESPN on Wednesday confirmed that Bryant's No. 33 jersey was returned to Lower Merion High School by a superfan in China who purchased the stolen item online for approximately $2,000.

Liu Zhe, 28, of Harbin, China, said he purchased the jersey to add to his collection of Bryant memorabilia, which includes the superstar's Lakers jerseys (Nos. 8 and 24) and his No. 10 USA Basketball jersey.

While Liu did not demand any compensation for the jersey, Lower Merion head coach Gregg Downer reportedly said he believed Liu may have been seeking a personal meeting with Bryant, whom he's met in the past. Liu had intended to return the jersey to Bryant on Saturday when he visits Shenzhen to announce the draw for the 2019 FIBA Basketball World Cup.

To prevent any misunderstanding, Downer coordinated with Chinese professional basketball player Saiyuan Bian to act as an intermediary in recovering the jersey.

Lie said he was inspired to return the jersey because of a note Bryant had written to him on of the occasions the two had previously met each other.

"What I did was my 'mamba mentality,'" Liu said.